Congrats, all the James Bond’s fans! 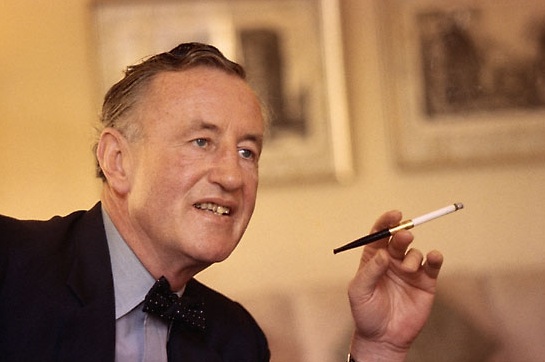 Well, it is worthwhile to know the James Bond’s father too, for today this honorable gentleman would have celebrated his 100th birthday.

And it is my pleasure to ‘put a shilling’ into the whole deal of commemorating anything about a James Bond’s creator, and that’s the reason for this post to appear here, on Victoria’s blog. She has generously granted a permission to do so, — many thanks, — and here we go, with our humble tribute to the man.

It is funny, how yesterday I suffered an acute ‘pang of jealousity’ when I saw a new book on the large shelfs in the ‘COSTCO’ wholesale outlet here in Calgary, and that one was a new ‘James Bond theme’ book called Devil May Care written by Sebastian Faulks.

«OK», I thought, «lets put more effort then into writing our own James Bond novel». ‘To Russia — with sorrow‘, as it may seem to be a proper name to it. Although, ‘with hope‘. And sure thing -‘with fun‘, too! 🙂

So, you’ll see more ‘episodes’ of it, in Russian though, and I’m going to do this just for kicks, ‘for the heck of it’ 🙂 However, if I do ever feel I could write the thing so that by some miracle it would be getting a shape of anything nearly resembling a ‘novel’, I’ll be ‘going on to the end’ 🙂 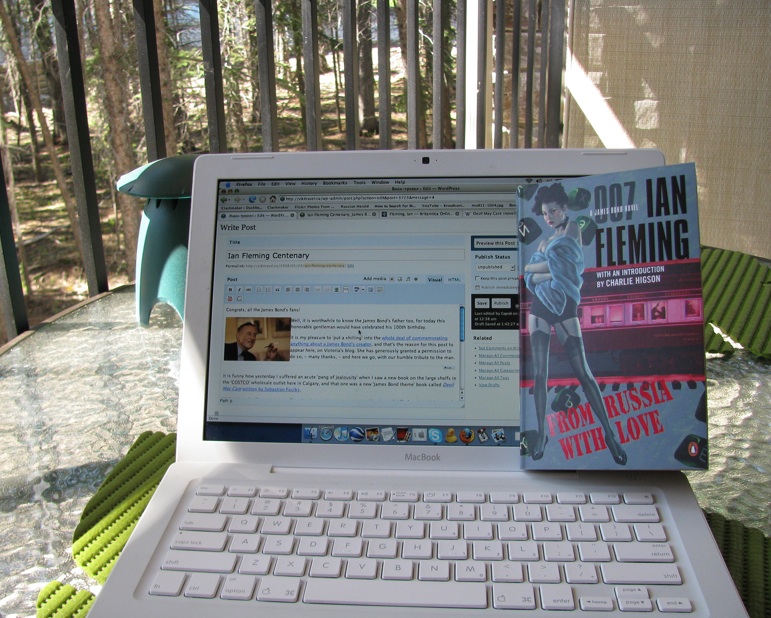 No wonder, in these days I bought ‘From Russia with love‘ by Ian Fleming! They say it is arguably the best James Bond book written by Ian Fleming. In a preface to a volume he was mentioned himself referring to this book as the ‘best of his own’. And, also, it might have been the last one too.. Fleming even considered killing his hero in the end of this book. To finish with him, and with the whole series..

But ‘Russia‘ worked out exceptionally well. Even President Kennedy cited the book as the ‘#9 in his own ‘Top 10′ list’. After that the book’s sales soared in the US, a key market to the big success. Ian had decided ‘let James Bond live twice’ 🙂

So, if you share this peculiar ‘passion for James Bond’, — welcome to the company! Enjoy your day with one of the Ian Fleming books, — and a glass of Martini, ‘shaken, not stirred’ 🙂