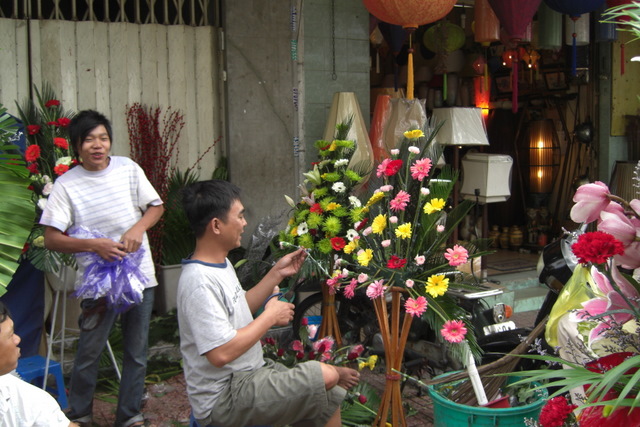 It was surreal visiting ‘The Nam’.

For those, like Don and I, who went through their teen years between 1961 to 1975 the American involvement in Vietnam was background music to all the other things going on in our lives at the time. It is as much a part of our history as Chubby Checker and the Twist, James Brown and his cape, and Elvis Presley and his B-grade movies. We were as familiar with the names of the places frequented by the American GI’s as we were with the towns and cities of Canada. Place names like Saigon, China Beach, Da Nang, the DMZ, Hanoi and the Makong Delta. 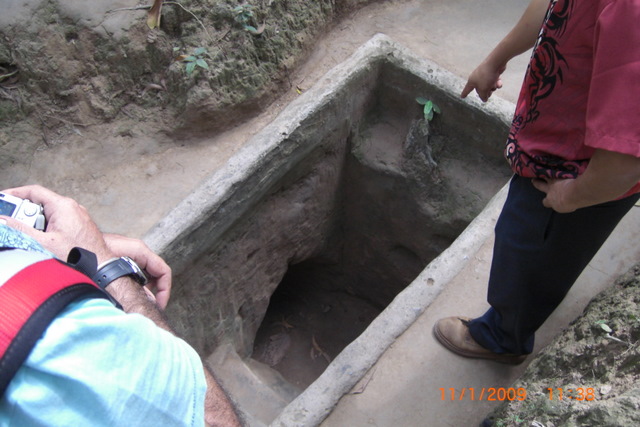 Every time I saw a t-shirt with the logo “Good Morning Vietnam” I could hear Robin Williams voice in my head shouting out the line in his movie with the same name. If you’re a Robin Williams fan I strongly endorse seeing it, as it is one of his best.

The Vietnam currency (the dong) is so devalued that as a visitor there you come as close to being a millionaire as most of us will ever be. 500,000 dong bills are as routine as our $20’s. Except for the plane ticket the cost of travel in Vietnam is very reasonable. Hotels $10 to $30 per night; meals for 4 with 2 beer each $20-30.; an internal flight from one end of the country to the other $100.; train and bus tickets practically give-aways. 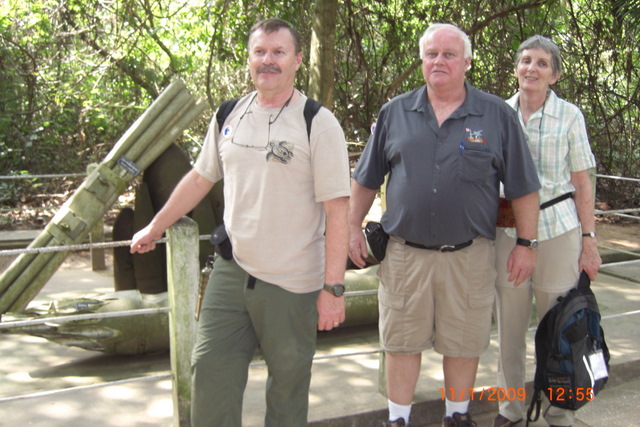 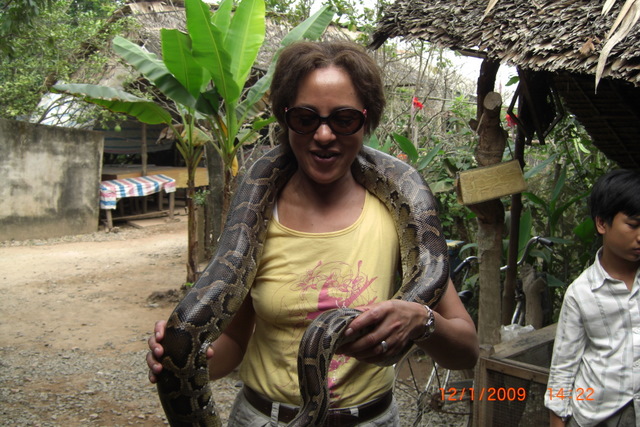 After 28 hours of travel we landed in Saigon. The official name is Ho Chi Minh City. It was changed in 1975 at the end of the war, but the inhabitants seem to prefer it’s historical name. Like in any country there is animosity and prejudice against other areas. Even though the war is many years in the past there is still resentment against the North as the South feels that the north continues to get preferential treatment from the government. 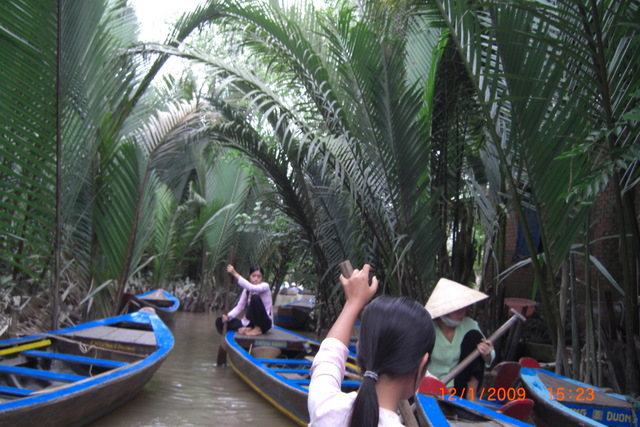 In Saigon we had Pho Soup in the Binh Soup Shop the secret VC headquarters where they planned a major battle that turned the tides of the war.

The scourge of Vietnam, especially in the major cities, are the motor scooters. There are 8 million people in Saigon and 4 million motor scooters. And that number increases every day by 1,000. As a result Saigon is trying to decentralize and build a satellite downtown on the southern edge of the city. There is a very real fear that in a few years the traffic which is busy now will be grid-locked. The motor scooters are everywhere.

Nowhere are you safe from them while walking through the streets. Not only are they on the roads but on the sidewalks, in the parks, and they are known to come at you from all directions. You are probably wondering where do they park all these bikes? On the sidewalks of course. To the extent that the passage is often totally blocked, forcing the pedestrians to walk in the road.

Crossing the road takes nerves of steel. There are few traffic lights and the ones that are in place are often ignored. You have to force yourself to step off the curb into the sea of speeding bikes, dodging and weaving until you get to the dividing line, then you look in the opposite direction wait for a small window of opportunity and then make your way the rest of the way across. He who hesitates or shows fear is lost. 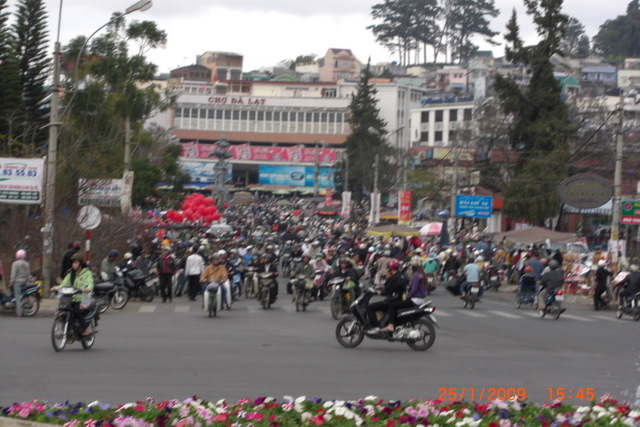 We traveled to Vietnam with our friends of many years – Keith and Lorraine Wilson. We left at different times and took different routes but we managed to land within an hour of each other. The unfortunate thing is that Lorraine’s bag didn’t arrive until 3 days later. We went on two excursions around Saigon.

One to the Cu’ Chi tunnels and one to the Mekong Delta. The tunnels, a 75 mile-long underground maze, were used by the fighters and the villagers to support their efforts to evade the enemy. On the Mekong Delta trip we sailed around the delta in various boats and canoes visiting the islands, their inhabitants and observing the different forms of livelihood other than tourism; for example all the products made from the coconut tree. 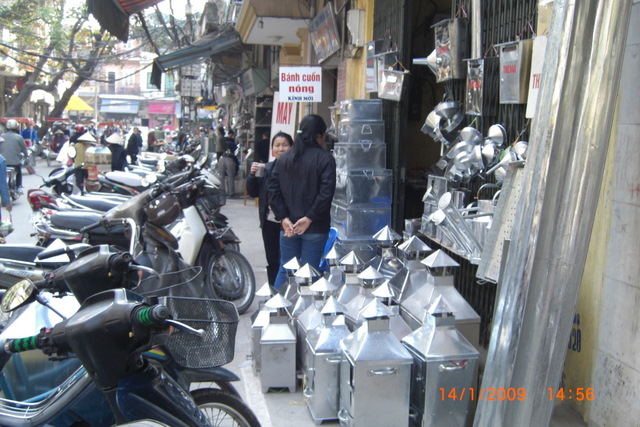 From Saigon we flew north to Hanoi to visit Ha Long Bay, with its 1000-plus, limestone islands. We sailed through the South China Sea on board a junk boat. Whenever the junk stopped we would be surrounded by Vietnamese women in tiny boats trying to sell their wares. 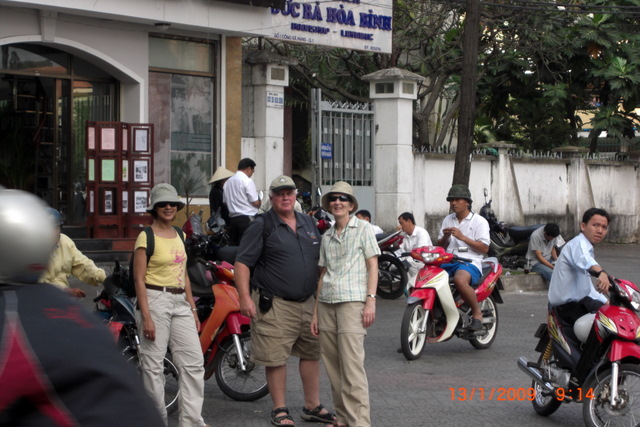 From Hanoi we started the journey back south by private car, bus and train to Saigon visiting along the way:

Hue – main sight is the 10-km long walled Citadel on the banks of the Perfume River. 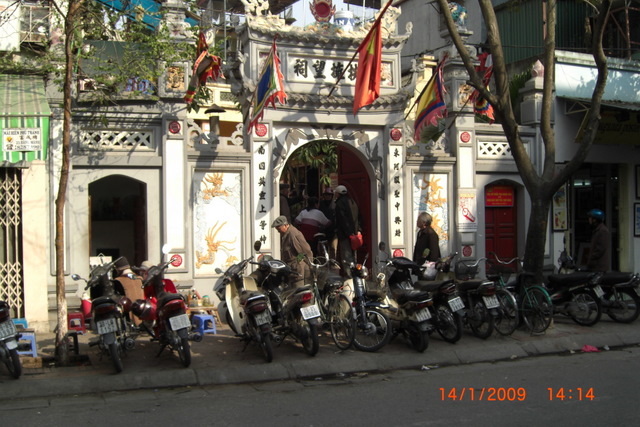 Da Nang – interesting site was Marble Mountain which is 5 craggy outcrops each topped with a pogada. Around the base are a myriad of shops selling figures carved out of marble, which in reality no longer comes from their mountain. Instead the marble is imported from China to stop the whittling away of their tourist attraction.

China Beach – a beautiful 30 km swoop of fine white sand that starts at monkey Mountain and finishes at Hoi An. We didn’t do our beach-time here however as the weather was a little cooler. We needed to travel further south to hit the beach chairs. 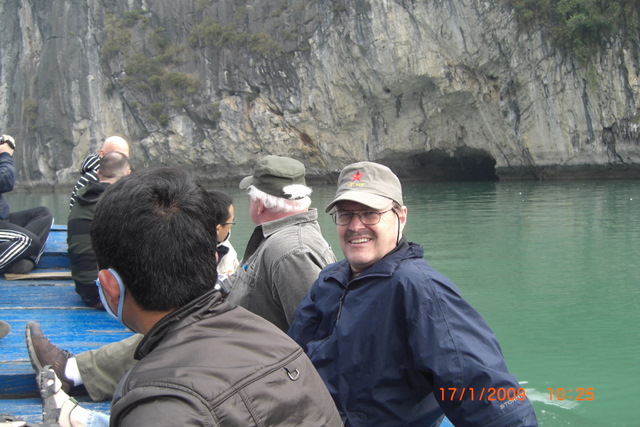 Hoi An – Great city, we actually needed more time. Great place to have a silk suit made-up. We actually visited a workshop where they produce silk from the silk worm stage to the finished product. Lots to see and do such as interesting old houses and pagodas and temples. A famous local sight is the Japanese Covered Bridge first built in the 1590s. 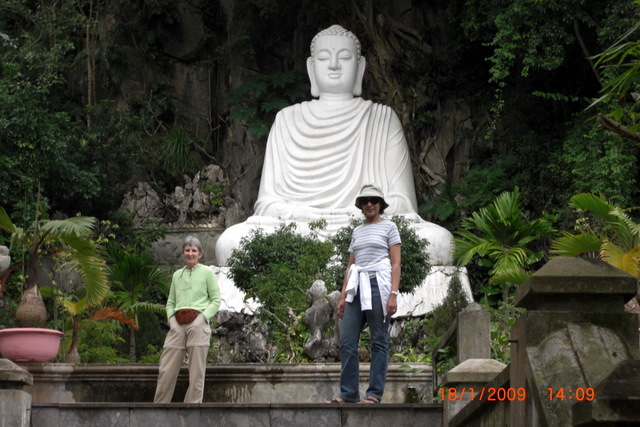 Dalat – only 115 years old as it was built by the French as a resort town. As a result it has a European look to it. 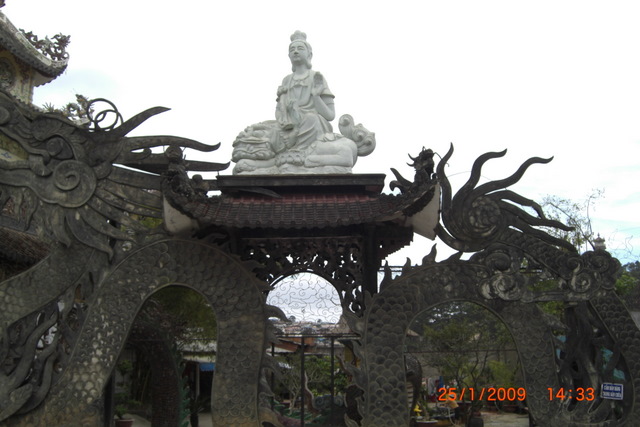 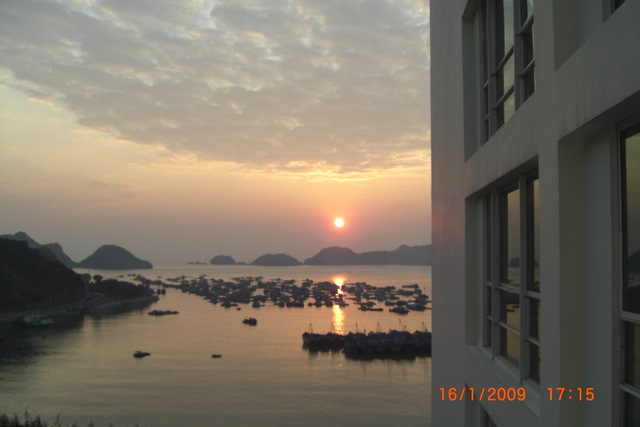