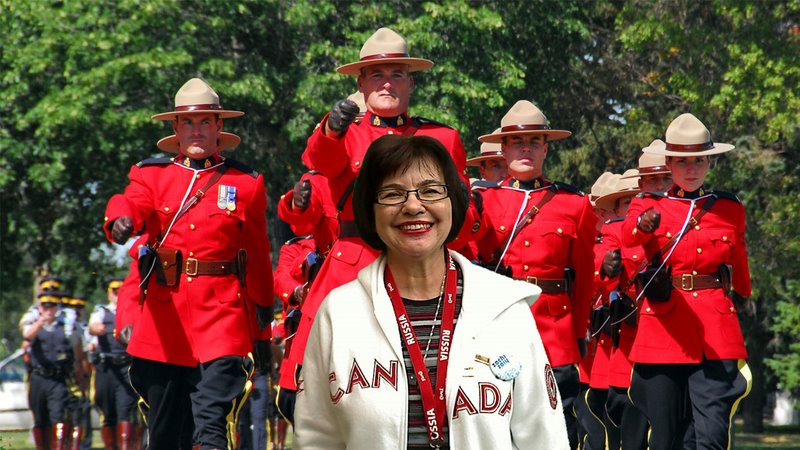 Well the Olympic flame has been extinguished but the fire inside all of us will burn for a long time.  There is such a feeling of happiness and so much positive energy in the city right now. There are so many wonderful stories but the best thing that I experienced was a sky train full of people singing Oh Canada as we were heading downtown the final day.

I was so lucky to visit Sochi House.  It was very colourful and the people were so friendly and kind to me. Sochi looks like a lovely place and I think they will have a great Olympic experience there as well.  I had to wait in line for one and a half hours to get in but it was OK as we were entertained by young Russian singers while we waited.  The famous last hockey game was on all the TV screens but at half time an electric Balalaika player entertained us and he was excellent.  I could have listened to him for hours. 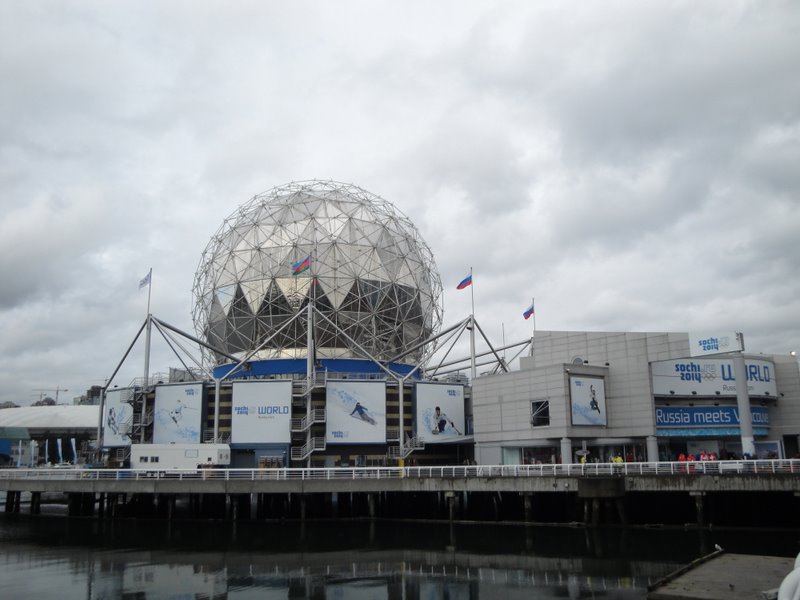 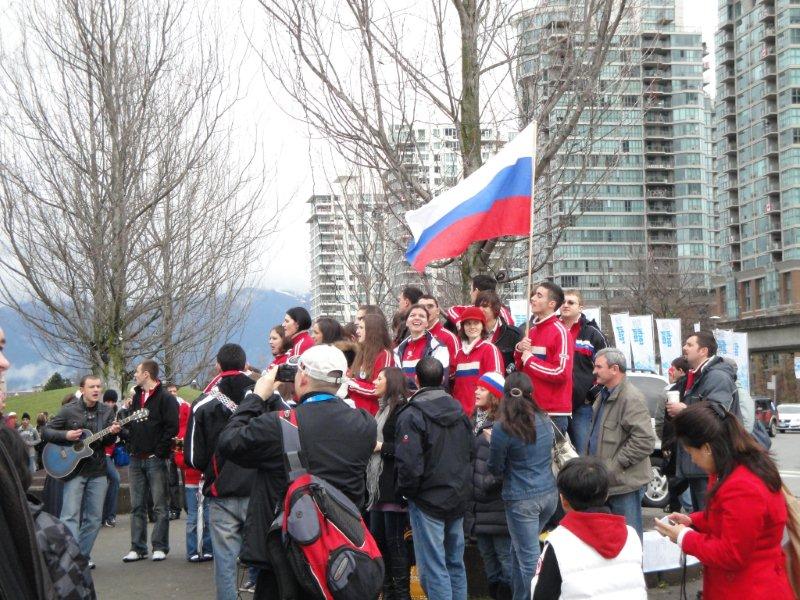 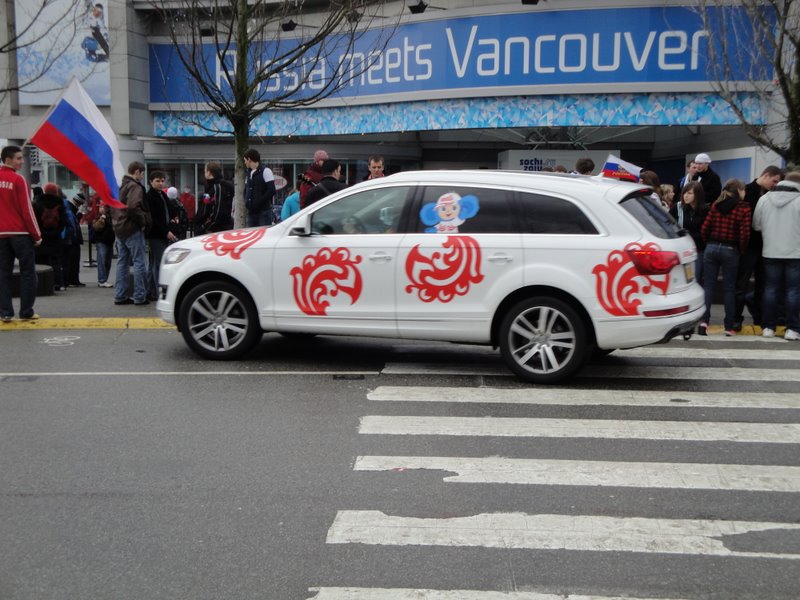 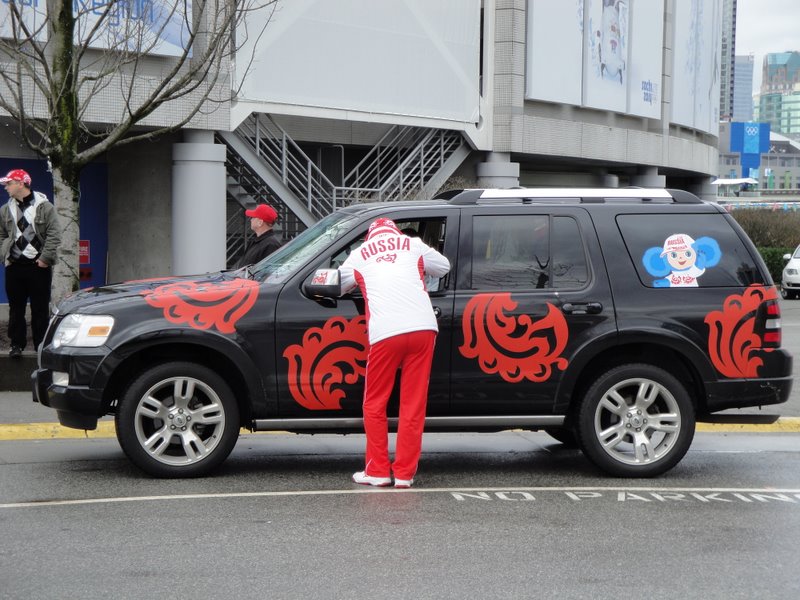 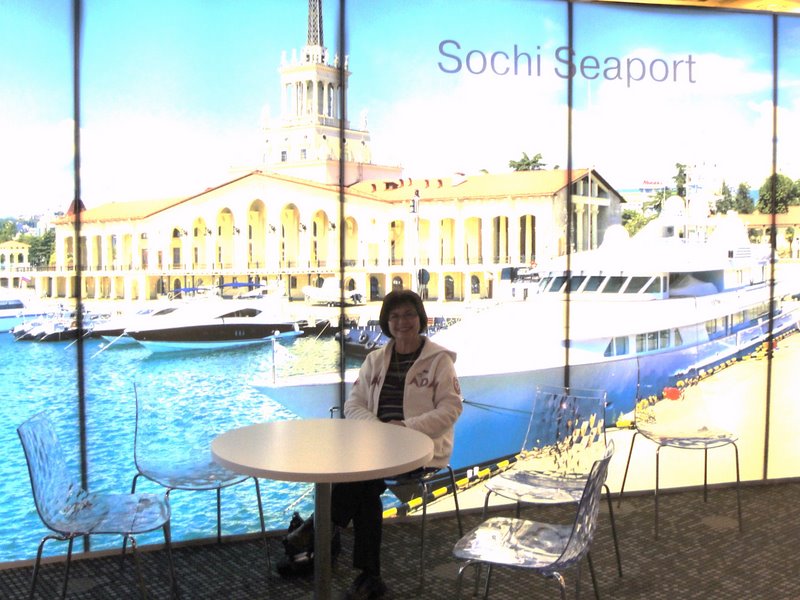 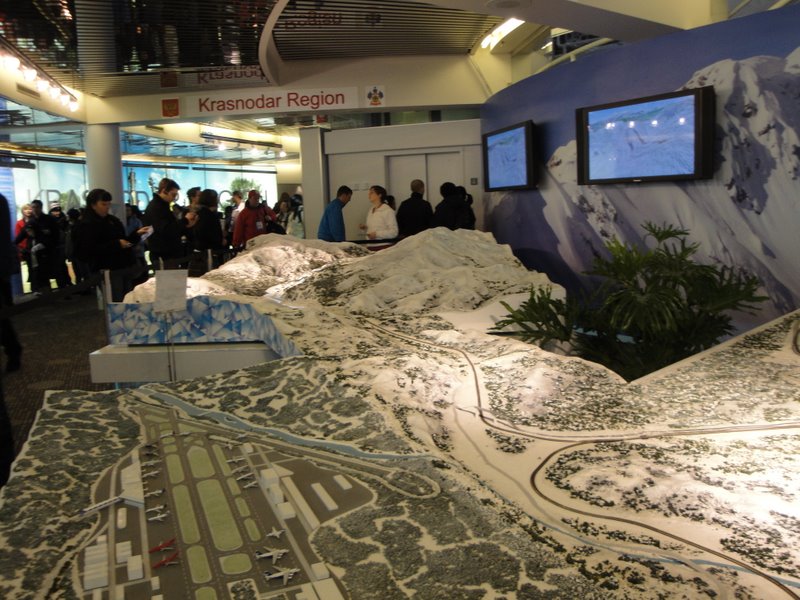 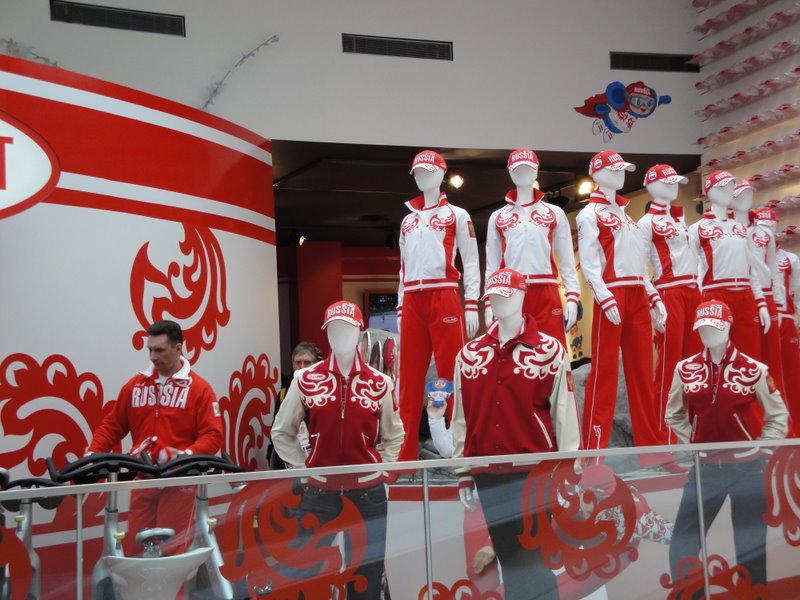 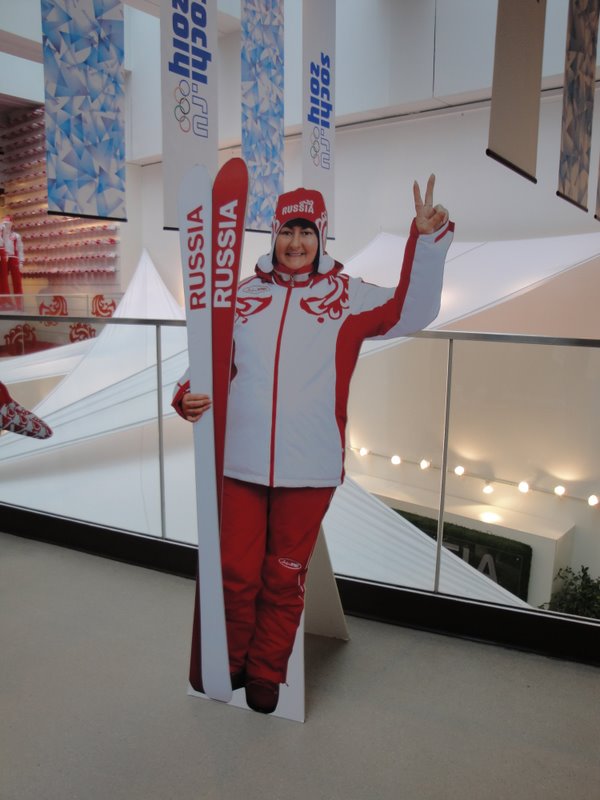 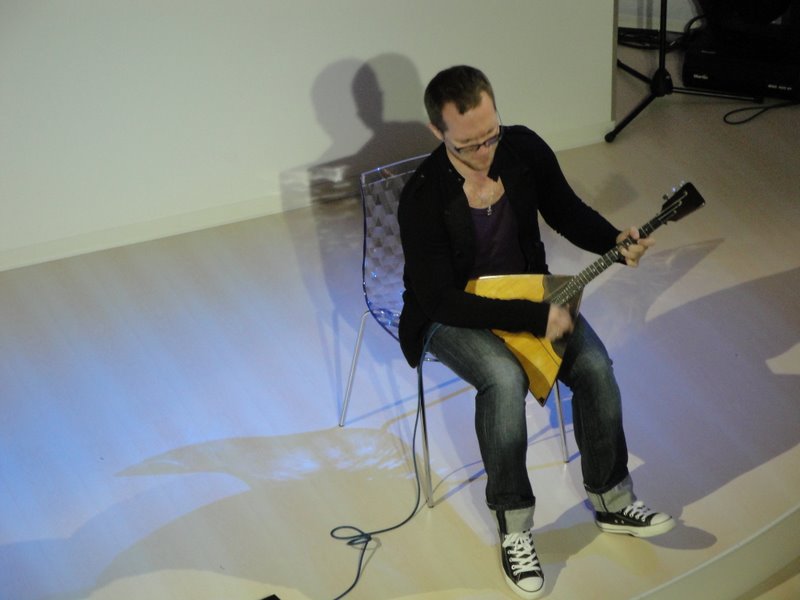 I also visited a wonderful display of Dolls of the North.  These intricate handmade dolls were crafted by artisans of the Northern and Yukon First Nations.  They were made out of many different animal skins including rabbit, gopher, seal, wolf and bear. I particularly liked the family of dolls and appreciated the hours of work that would have gone into making each doll. 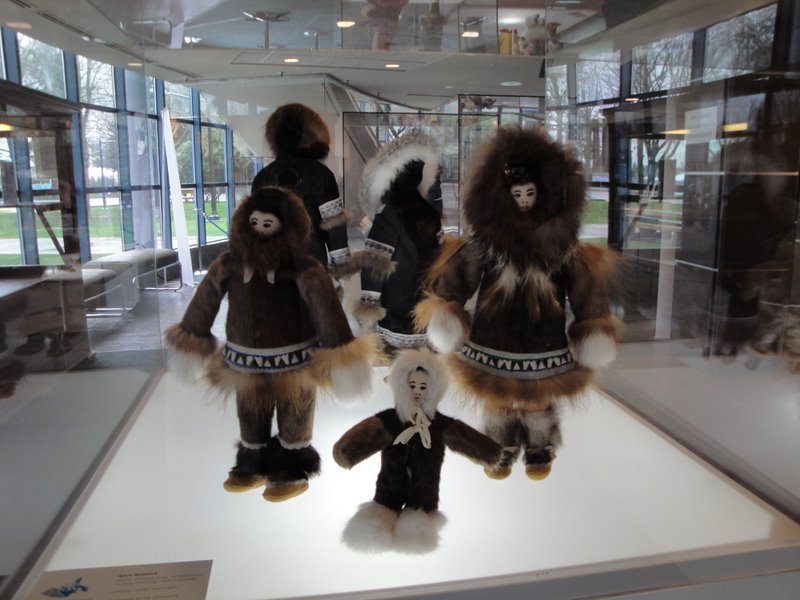 Another highlight was the Ice Gate in Richmond created by Canadian artist Gordon Halloran.  It is a 30 meter long painted wall of ice that evolves over time as it thaws and freezes.  Quite amazing! 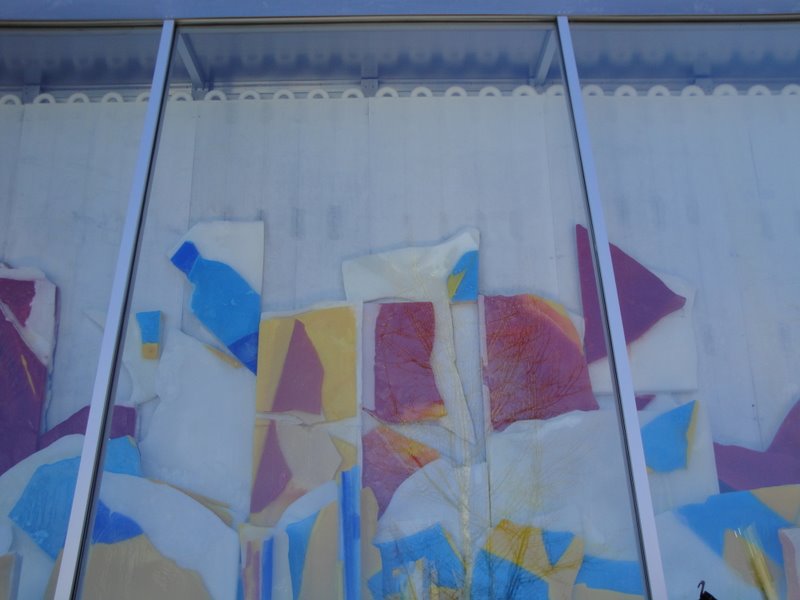 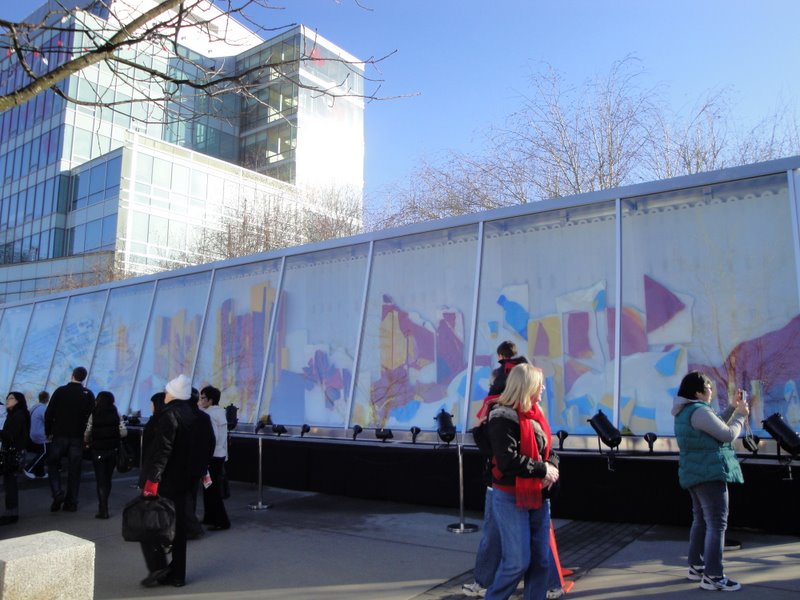 There were so many things to see and do that were free.  Just being part of the crowd was exciting and fun.  I only had one disappointment.  I didn’t get any perogies, my most favourite food!  I visited Ukraine House but it was closed on that day.  I almost cried as I was so looking forward to the delicious perogies.  I also went to Saskatchewan House were I heard they were serving perogies. (They are very popular on the prairies of Canada as the Ukrainian immigrants brought their recipes with them 100 years ago) But alas, it was the last hockey game and they were not letting any more people in, not even for perogies!!  I am very happy Canada won the game but I hope they realize I sacrificed my perogies for them. 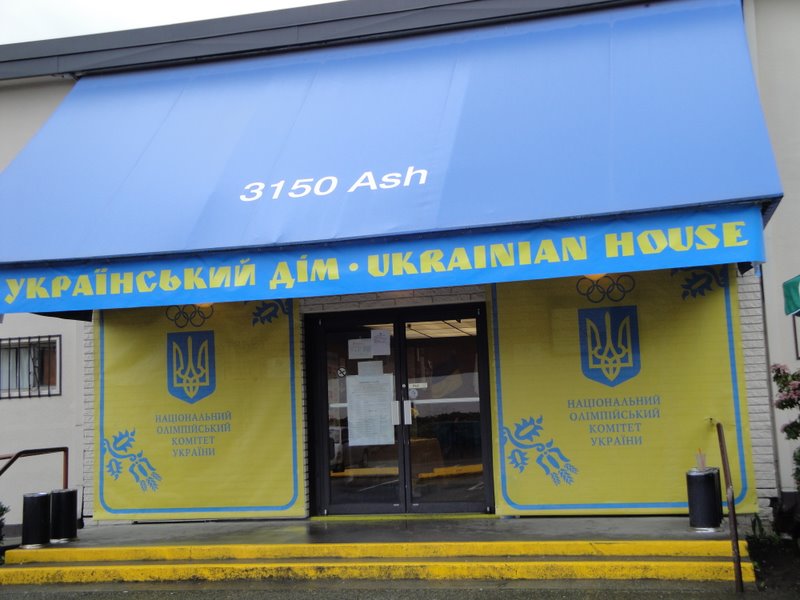