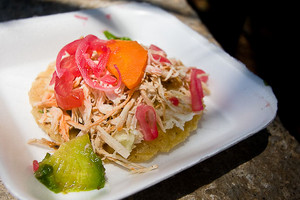 I have been in Mexico only once before for an extended stay and that visit was to the west coast city of Puerto Vallarta. There had been a couple of other short forays. One into the border city of Tijuana. Another time was a cruise ship stop at Ensenada.

The foods of the Yucatan Peninsula are a surprise in their uniqueness. Very different from what you would associate as being typical Mexican food. Of course there are the traditional tacos, burritos, and enchiladas, to name but a few, however the new and interesting array of dishes of the Yucatan is a gastronomical delight.

The Yucatan cuisine is a unique blend of influences from Europe, the Caribbean, and of course, Mexican dishes. The main meats consumed are turkey (pavo), chicken (pollo) and pork (cochino), with fish (pescado) being a staple closer to the coasts.

On the restaurant tables, instead of the salt and black pepper shakers you find in most western cultures, you find a bottle of seasoning like achiote which is a sweet, slightly peppery red sauce made from the seed of the tropical annatto plant. And once you order, the waiter brings out an array of other condiments. He or she will very carefully point out the ones that are hot\spicy (picante) or not hot. It is, however the lavish use of sour orange, introduced by the Spaniards, that give the Yucatan dishes their unique flavour.

The Yucatans were affected by many aspects of these countries, such as dress (the guayaberas — the distinctive shirt worn by many locals, which originated in Cuba), architecture and cooking. This outside contact explains why there is a lot of European flair in its cuisine. Traditional Mexican dishes, on the other hand, tends to be spicier, as many more chilies and spices are used.
YUCATAN CUISINE:

Pollo or Cochinita Pibil
Chicken or pork marinated in achiote paste (made with annatto seeds), sour orange juice, peppercorns, garlic, cumin, salt, and then wrapped in banana leaves and baked. This dish is not spicy. It is served with a mild or spicy tomato sauce.

Sopa de Lima
A delicious chicken broth with shredded chicken, bits of fried tortilla, and lime juice. Exquisite! And very good for you if you aren’t feeling well. 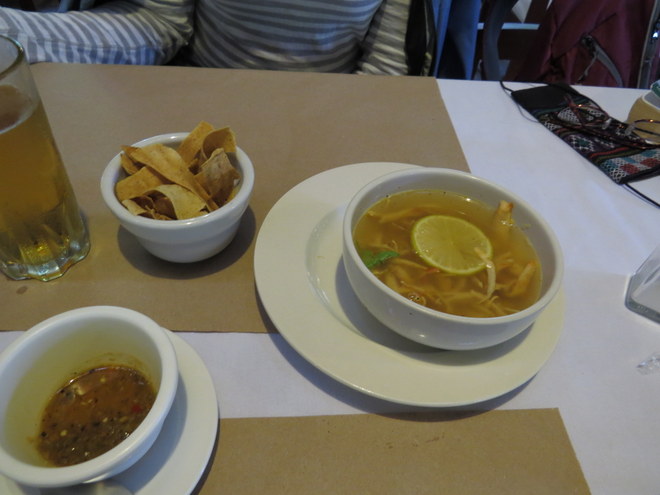 Huevos Motulenos
A scrumptious breakfast of tortilla covered with refried beans and a fried egg and then smothered with tomato sauce, peas, chopped ham and shredded cheese.

Poc Chuc
Tender slices of pork marinated in sour orange juice and served with a tomato sauce and pickled onions.

Frijol con Puerco
The Yucatan version of pork and beans. Chunks of pork cooked with black beans, served with rice, and garnished with radish, cilantro and onion. A Monday dish in most Yucatan homes.

Papadzules
Chopped hard-boiled egg rolled up in a tortilla and covered with pumpkin seed sauce. 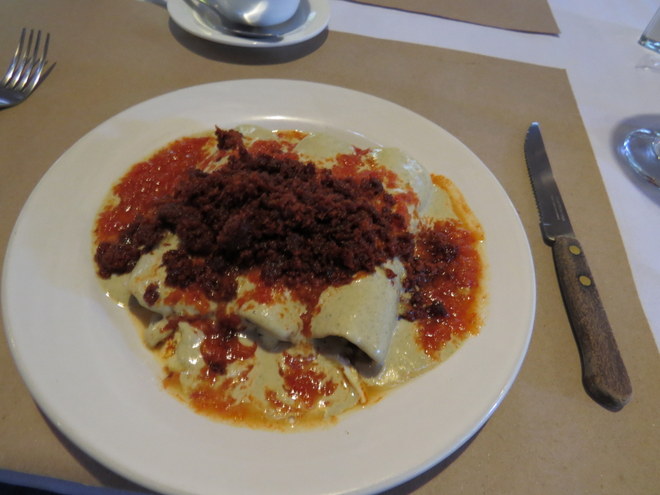 Panuchos and Salbutes
Pre-cooked tortilla with shredded chicken and garnished with lettuce and onion. The difference between panuches and salbutes is that the first has refried beans inside the tortilla. 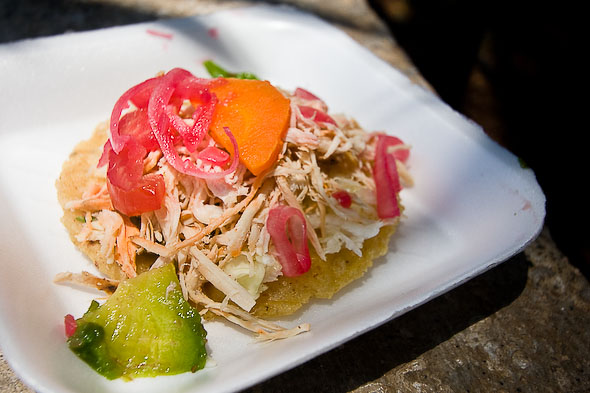 The Marquesitas!
Whenever you attend a public event in the evening in the streets of Mérida — be it a concert, a puppet show, a poetry recital, or even just strolling around the Zocalo (main square) — you will find some carts selling snacks. One of the most common, being the «Marquesita» (little marquis). It is a blend of an ice cream cone with a crepe. Instead of a cone shape they are rolled up and filled with gouda or edam cheese, caramel (cajeta) or nutella. This tasty treat is to be found only in the Yucatan peninsula where it was created in 1945 by an owner of an ice cream parlour. 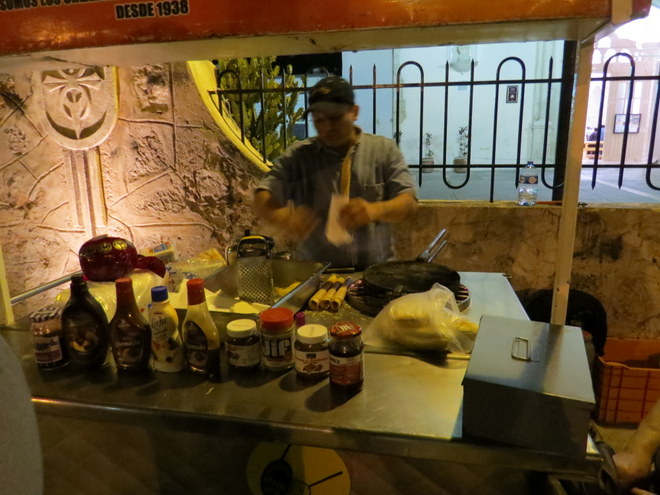 These Yucatan dishes are served in a variety of ways, depending on the restaurant. They are also readily available from the street vendors at an incredibly reasonable price. So visit the Yucatan and enjoy!