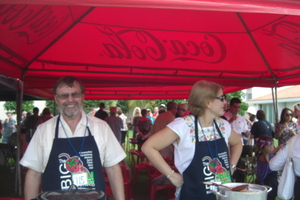 The Merida English Library sent out a notice that they were looking for volunteers for their annual chili cook-off fund raising event. I quickly volunteered thinking, ‘I can do that. I make chili all the time. No big deal.” Was I ever wrong! Making chili in Canada and making chili in Mexico are two very different things.

When I read the fine print I quickly realized the first issue was the quantity. I had to make two gallons of chili and the kitchen in our rental has a pot for, maybe, one gallon. So the first item on the list of what was required to make the chili was a very large pot. 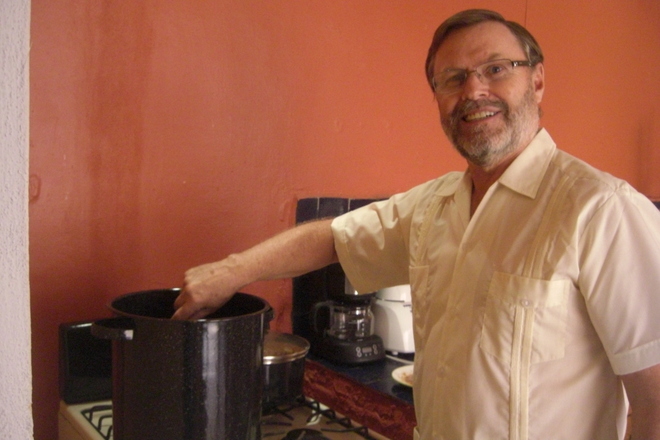 Next issue was the recipe. I have a recipe at home that I have used for years. I could probably have made the chili without a recipe if it was to be a normal amount of chili but the large volume required a recipe that would allow me to get the spices right. I went online where I didn’t find one recipe that would work but I found two that I combined to create a workable version.

Now that I had a recipe I made an ingredient list. Every ingredient on the list was an issue. And some ingredients were simply not available in Merida, i.e. large kidney beans, pork and beans, tomato sauce and nutmeg. Those ingredients I substituted or simply left out.

As much as possible I try to shop from the local grocery stores and markets. Walmart is a last resort for two reasons, it does not support the local economy and as we don’t have a car here it is a long, hot walk. Easily 45 minutes. (I could take a taxi but I prefer to walk).

Obtaining the ground beef was an adventure. We live twenty minutes away from the huge central market called, Lucas de Galvez. It is a labyrinth that covers many blocks. Beef is not a staple of the Merida diet. It took us an hour to find the small area that sold beef. The vendor stood in front of a huge piece of beef with no visible grains of fat. I indicated that I needed ground beef so he cut off slabs of this grade A sirloin and put it in the grinder. That produced the lowest fat ground beef I have ever seen.

The chili cook-off was on Sunday therefore we made the chili on the Saturday as chili is one of those dishes that is best when aged for a day or two. 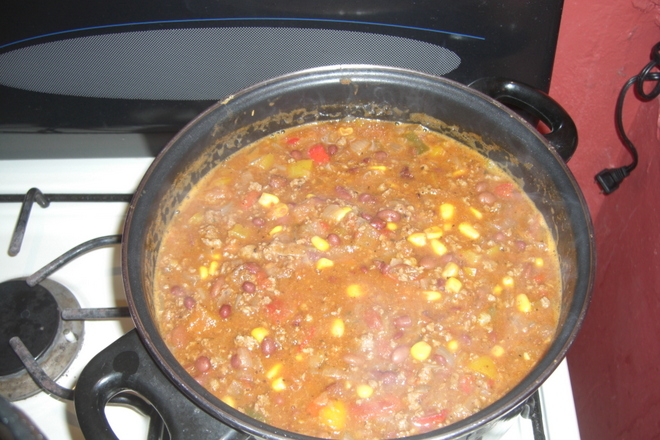 On Sunday we heated-up the chili in two pots to prevent it from burning. While we were heating it we nabbed a taxi and asked him to return at 11:15 am. Just before we left we put the hot chili pot into a basket we found in the spare bedroom. The taxi ride
was uneventful other than we arrived at the chili cook-off location which was being held on the lawns of the home of the American Consular’ home 45 minutes too early. That turned out to be okay as we pitched in to help with the set-up.

The weather was perfect. For a change the weather wasn’t super hot. There were 20 cooks under the red Coca Cola tent dishing out their chili to the over 200 guests. 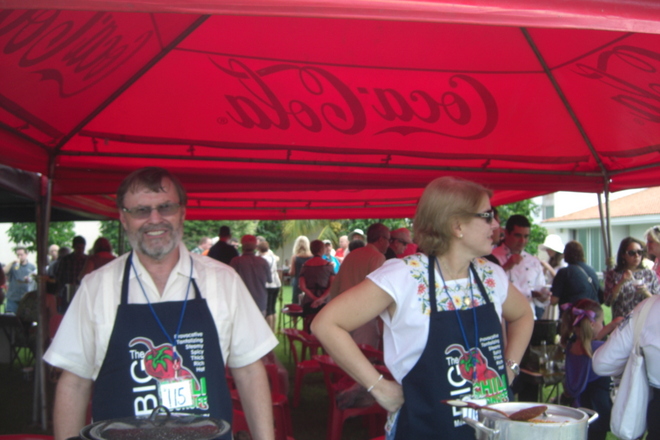 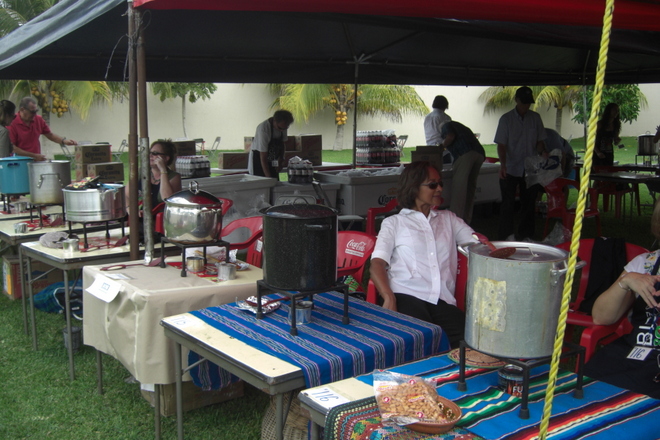 The youngest cook was 9  – it pays to be cute as she won first prize. One of the cooks was a teaching chef at one of the cooking schools. I wonder how he felt to lose-out to a little girl. 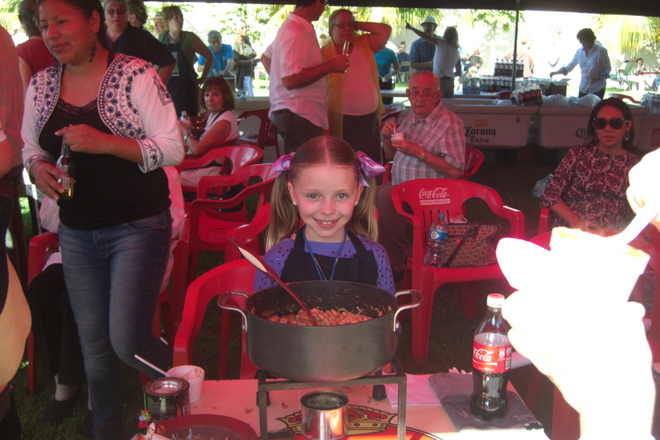 All in all we were all winners. Every one found a chili or two that they liked and the chefs all walked away with a souvenir apron. So fun was had by all. 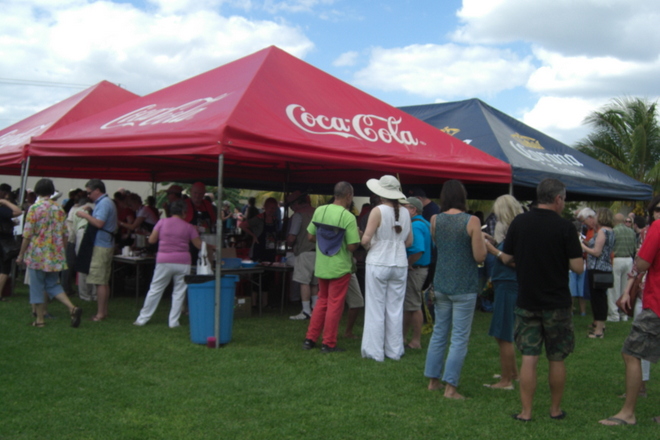