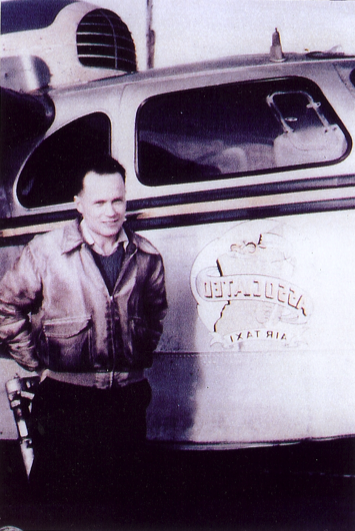 Have you ever had an incident happen that went beyond coincidence?

Don works in Edmonton as a Calgary Terminal Air Traffic Controller.  I can never get over the fact that he has to commute 3 ? hours north in order to work the air traffic within a 40 kilometer radius around Calgary.  The joys of modern technology!  While talking to Don there was a knock on the front door.  This was unusual in that no one comes by that late unless expected.

With phone in hand I go to the front door and peak through the glass to see Gill, my daughter, standing there.  Gill is married with two children.  It is unheard of for her to come by without her children and certainly not at 9 pm.  When I open the door she says that she was visiting a friend in Okotoks (a small town 15 minutes south of Calgary) and was on her way to her Kick-Boxing class.  As she was early she decided to stop in for a little visit.    I told Don I would call him back after Gill left.

Gill and I went up to my office as I wanted to show her something.  Within 5 minutes of sitting down the phone rings again.  It is my sister-in-law, Liz who lives in Vernon, British Colombia.  She sounded very upset.  I asked, “What is the matter?  Is it Greg?»  Greg, her husband, has had colon cancer and was then undergoing aggressive treatment for liver cancer.  When she said, “No, it’s dad”,   I immediately thought, ‘oh no’  Dad has died of a heart attack or something of the nature that befalls an 83 year old man.  When she told me he had been killed in a hit-and-run accident I could not believe my ears.   I immediately relayed the news to Don, he was equally stunned.

Upon reflection it is my belief that some divine intervention gathered my family together as much as humanly possible to hear this awful news together.

(My son Steve was the only one absent as he and his wife, Julia, were in Central America in their final month of a year long, round-the-world cycling tour).