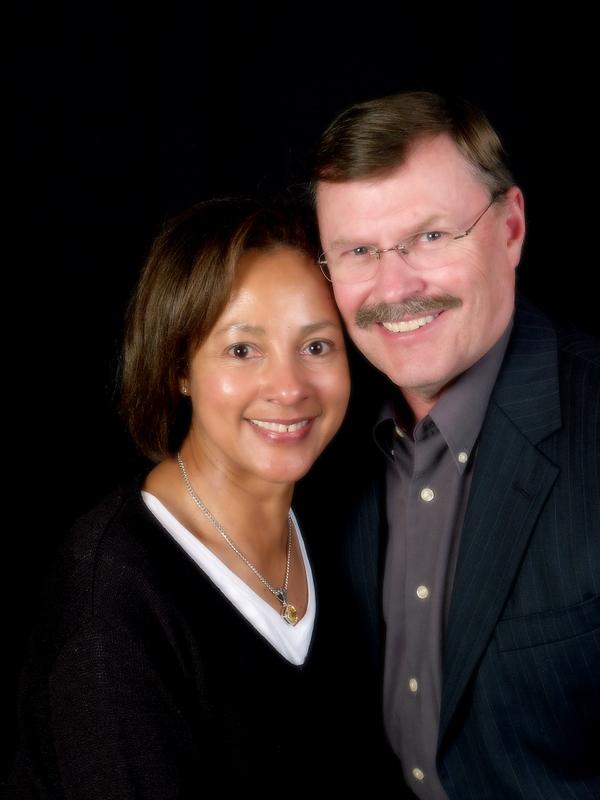 The latter part of August, early September, Don and I set sail on the Carnival Spirit heading for Whittier, Alaska. We chose the one-way, 7-day cruise which would dock in Whittier as we wanted to tour Alaska for a week before flying back to Vancouver.

We docked at four cities along the Alaskan panhandle enroute to Whittier (where the ship docks for Anchorage): Ketchikan, Juneau, Skagway and Sitka.

The heart of downtown Ketchikan is Ketchikan Creek which was bank-to-bank with salmon heading back upstream to spawn. This area is where the earliest visitors, the Tlingit natives, set up their summer fish camps. Ketchikan Creek’s shoreline bends and curves past Creek Street, a pedestrian thoroughfare consisting of wooden boardwalks. During prohibition and in later years, buildings on the street housed several bordellos. Today, restaurants, galleries and gift shops are popular stops for visitors. A funicular tram glides up the hillside offering a birds-eye view of the downtown area and the cruise ships in the harbor. 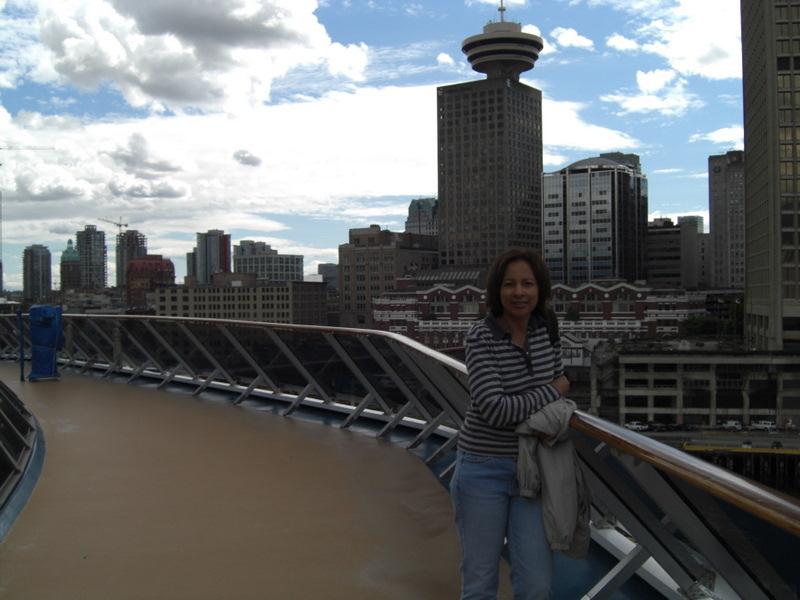 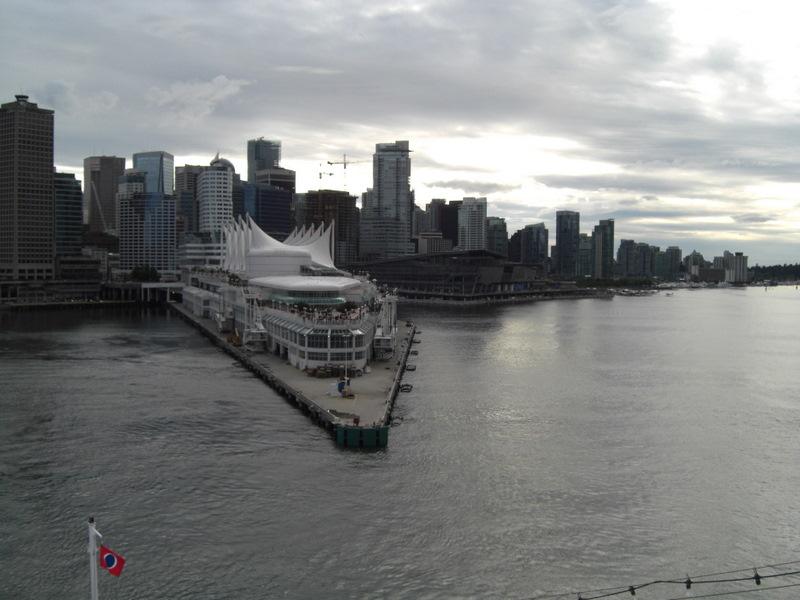 In Juneau we saw the palatial governor’s mansion, home of Sara Palin (this is for those who are following the US presidential election) however the tour guide said no one has ever actually seen her there. Later in our trip we saw the town of Wasala which is just north of Anchorage where Sara grew up and was mayor for two terms.

Skagway was the jumping off point for the Klondike Gold Rush. From there the miners headed into the interior heading for Dawson City. Don and his family lived in Dawson City from 1961 — 1965 while his dad worked as a bush pilot. At that time Dawson City was a ‘working’ ghost town; a lot of the historical buildings were boarded up but all have since been restored. 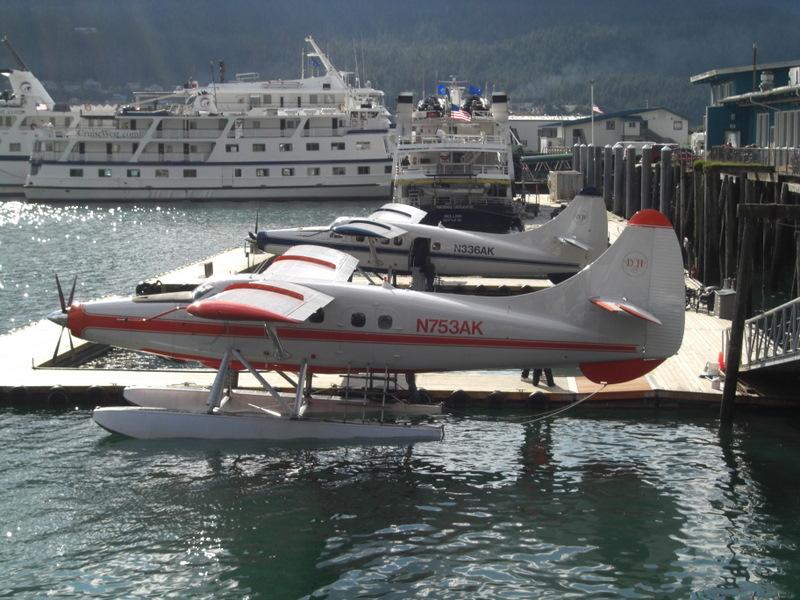 Sitka is considered to be Alaska’s most beautiful seaside town. The community is located on the west side of Baranof Island named for Alexander Baranof. To Sitka’s east are snow-capped, mountains and volcanoes and to the west the Pacific Ocean that brings Sitka its mild climate. Sitka is a diverse community and offers a combination of Native Tlingit culture, Russian history and the vast Alaskan wilderness. 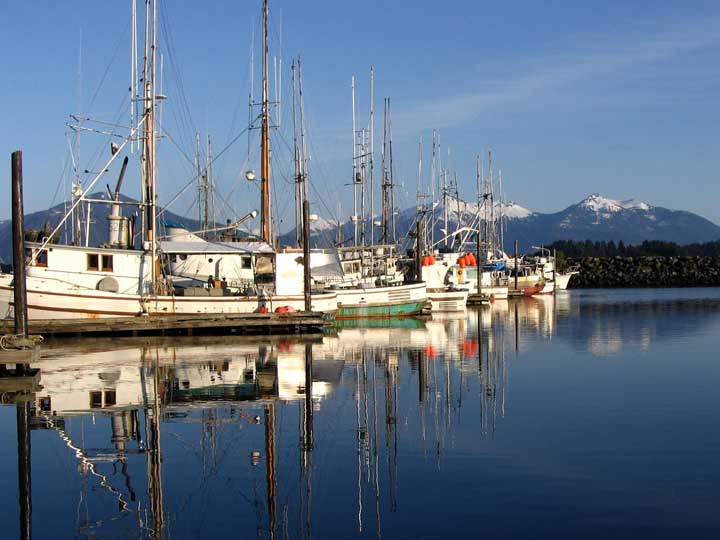 Sitka was the only port where we wern’t able to dock right in town. We had to get to the shore by tenders (small boats). A funny thing happened in relation to the tenders. As we set sail that evening we saw another cruise ship being pursued by one of the tenders, which kept blowing its horn for attention. Obviously someone on board the ship didn’t realize that one of their boats was still unaccounted for. 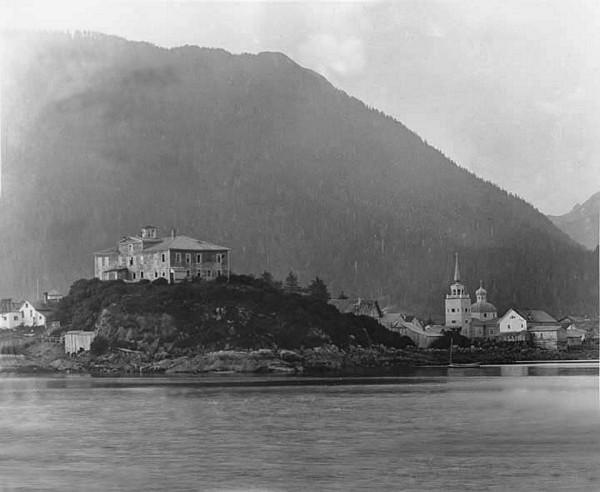 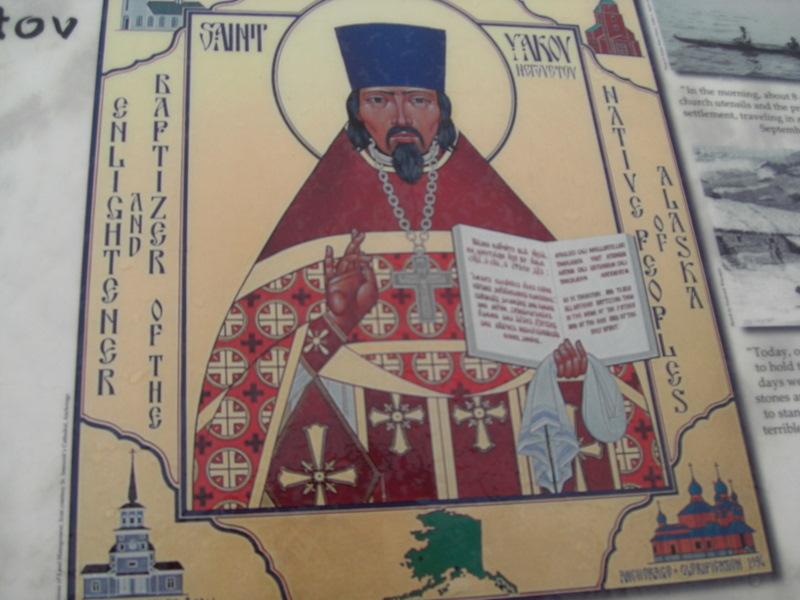 A bit of history: In 1799, Alexander Baranof, the general manager of the Russian American Company, moved his operations from Kodiak to Sitka, but was met with a little resistance from the Tlingit Indians. When Baranof was away on vacation in 1804 the Indians burned down his fort and massacred the Russian settlers. On his return, he reclaimed and rebuilt the fort, and for over six decades this was the capital of the Russian Empire in Alaska. The Russians renamed the settlement New Archangel. The Russian Orthodox Church spread its influence into the area and built fortress-like structures on a hilltop overlooking the shoreline; this area is now known as Castle Hill. 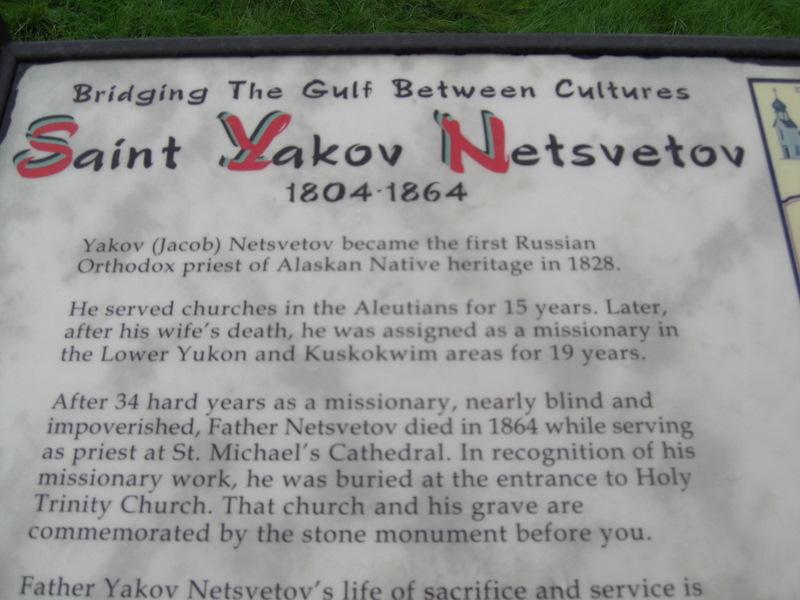 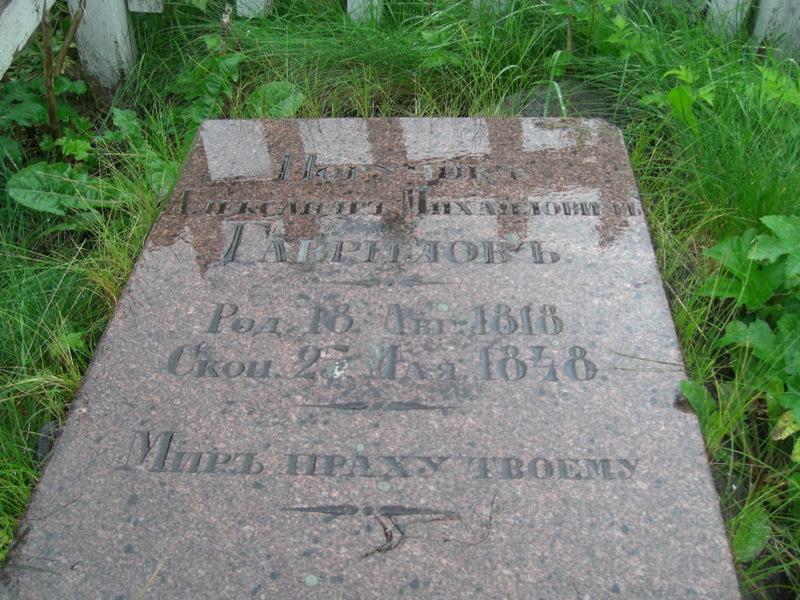 Its residents enjoyed the riches of sea otter pelt sales and Sitka was coined the «Paris of the Pacific.» In 1867, after the sea otters had been slaughtered almost to extinction, Russia sold Alaska to the U.S. for $7.2 million. The Russian flag was lowered and the Stars and Stripes of America were raised over newly renamed Sitka, Tlingit for «by the sea.» Unfortunately, the thriving community faltered in the next 50 years, and in 1906 the capital of Alaska was moved from Sitka to Juneau. The move was a direct result of the gold rush — Sitka didn’t have any and Juneau did. 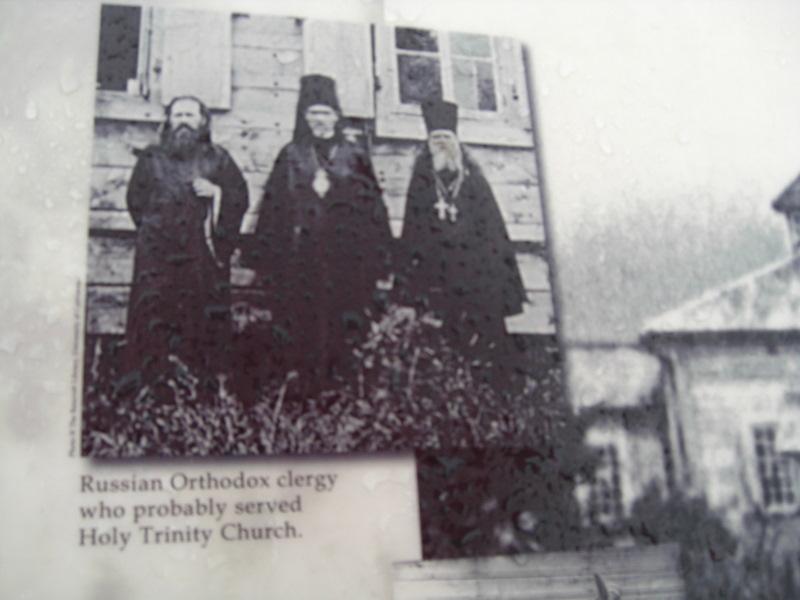 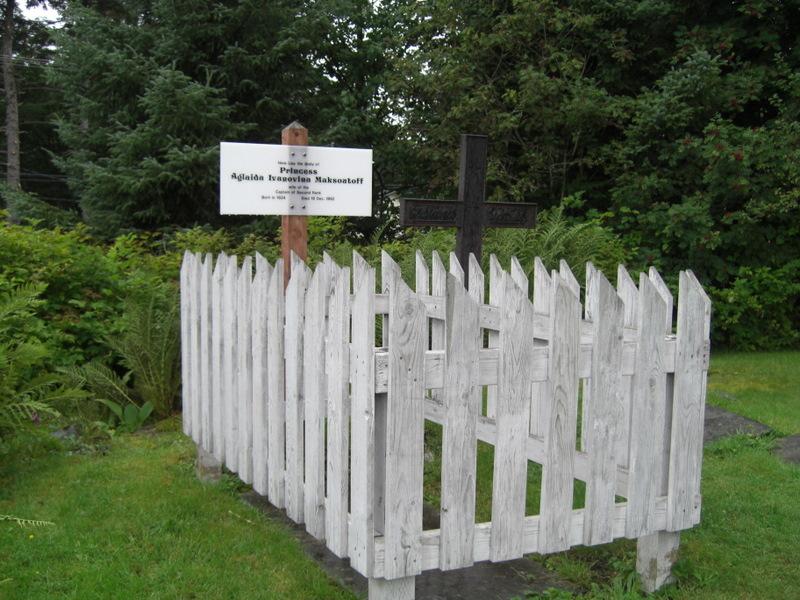 From Anchorage we toured the Kenai Peninsula. We would have liked to go to Kodiak Island to see the bears but that would have cost as much as the rest of our tour altogether. 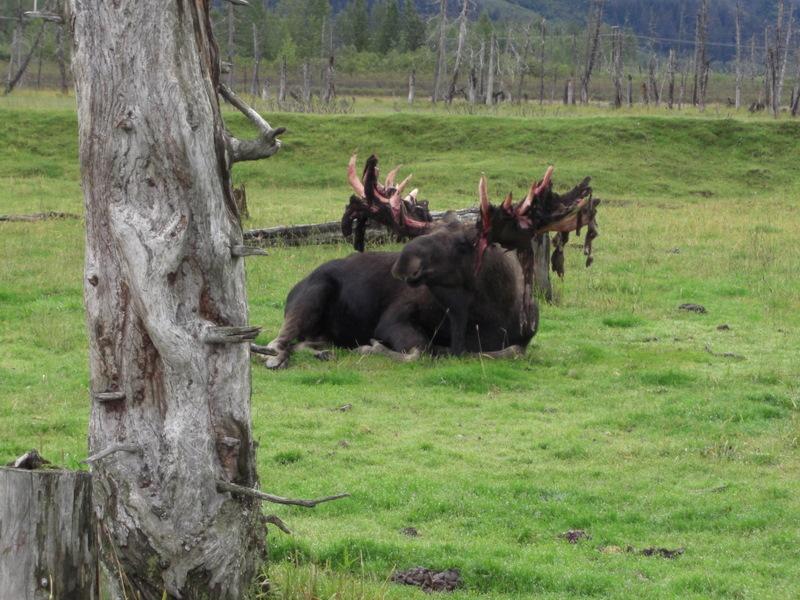 Then we drove north of Anchorage to see Mount McKinley which the natives call Denali Mountain. We were fortunate to see the mountain as 90% of the time it is cloud covered. After a brief stop for a photo opportunity we drove to Fairbanks which is only 180 miles from the Artic Circle. Consequently, the trees were already turning yellow and fall was well on the way. 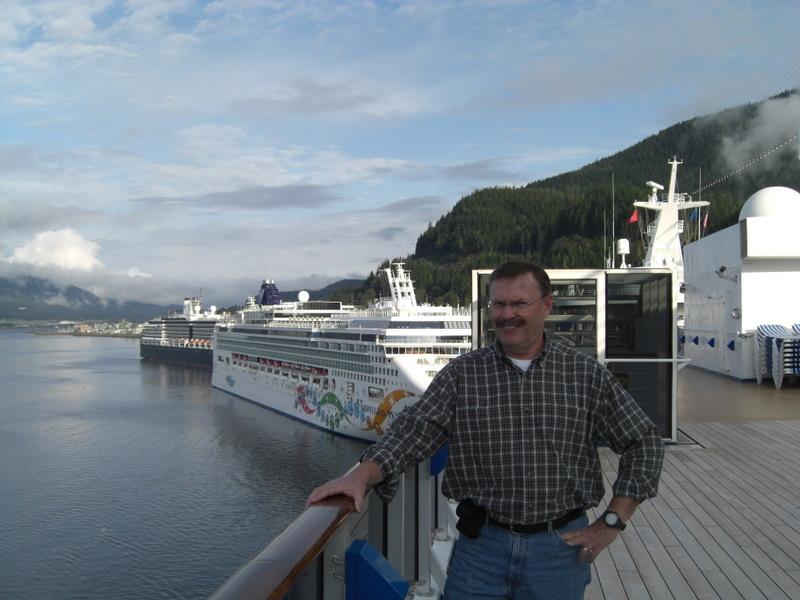 Being a dye-in-the-wool airplane buff Don was fascinated by the number of planes in Alaska – there are more planes per capita then anywhere else in the world. From the moment we made our first stop in Juneau you were in bush plane country. We spent many an hour sitting and watching the planes come and go. Don wondered how many of the Americans realized that most of the planes we saw coming-and-going were Canadian made. The bush planes of choice, the Beaver and the Otter are Canadian built. Most of the Otters we saw had been converted to turbine engines.

In Anchorage there is a small lake beside the main airport. This lake is encircled with planes, each with their own dock and small utility hut. We had never seen anything like it. 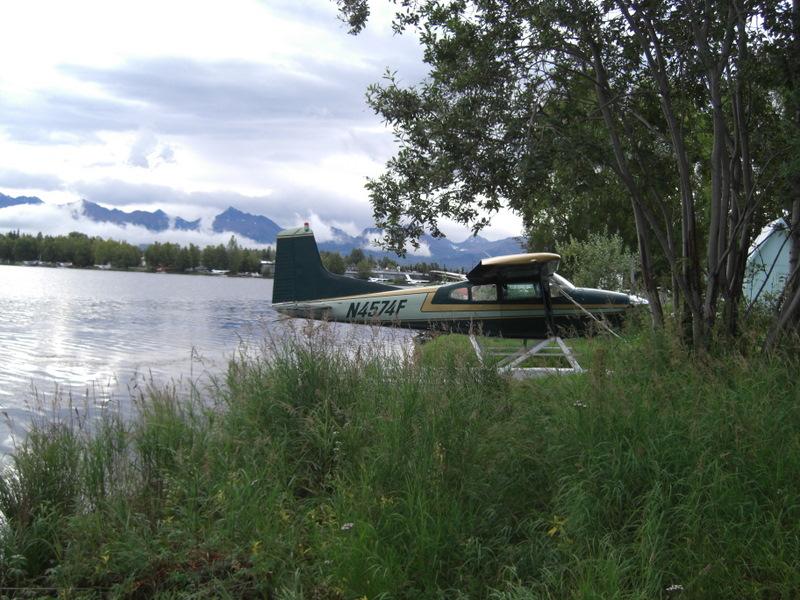 If you are looking for a place to hunt, fish and view wildlife in a beautiful and natural setting head to Alaska.

We highly recommend it.