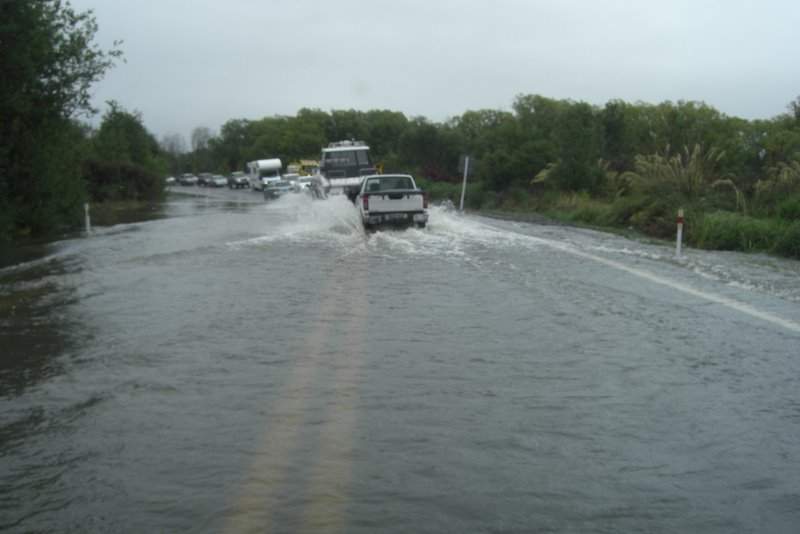 Don and I spent the winter dodging one natural disaster after another: floods, more floods, fierce rain, and an earthquake. This happened in Australia and New Zealand where we spent part of our winter months.

I wrote a blog about our travels.

While in Perth there were floods just north of the city that wiped out large plantations. This created hardships for the growers as well as threatened the local food supply.

From Perth we traveled to Cairns where the flooding down south (north of Brisbane) prevented the trucks from getting through. It didn’t take long to notice the effect in the local super markets. The shelves, which usually were well stocked with fresh produce, bread, and milk, became noticeably bare.

We were in Cairns for about a week. From there we were to travel to Brisbane to stay with friends.  Every day we checked the flood situation. The stories coming out of the region were heart-rending. Tales of homes lost and destroyed, all possessions gone. In most cases their livelihood also gone as people could not get to work because of flooded roads or, in some cases, their place of work no longer existed.

On the morning of the day we were to leave for Brisbane the newscaster reported that the Brisbane area was under flood watch. We decided to change our flight to Sydney and bypass Brisbane. It turned out that we would have to buy a whole new ticket and forfeit our Brisbane ticket. We decided to land in Brisbane and see how close to the city the flood waters were.

As we flew over the outskirts of Brisbane we could see water where it should not be. We decided Brisbane was out for this trip. We never left the airport but bought a ticket to Sydney and from Sydney we immediately left for New Zealand. We thought we would have better luck with the weather in a new country. We were wrong.

For our New Zealand leg of the journey we had pre-rented a camper van.  (Bad move!! Never again).  On the day we picked up the van – within an hour of our taking possession — it started to rain. Not a little shower, or an ordinary rain, but a deluge. It was like standing in your shower with the knob turned on full-blast. It rained like that for 3 days.  On the 3rd day we finally had enough. We looked at the weather report to see if there was a dry corner on the whole Northern Island. We found one in the south-west, not far from Wellington, the capital. 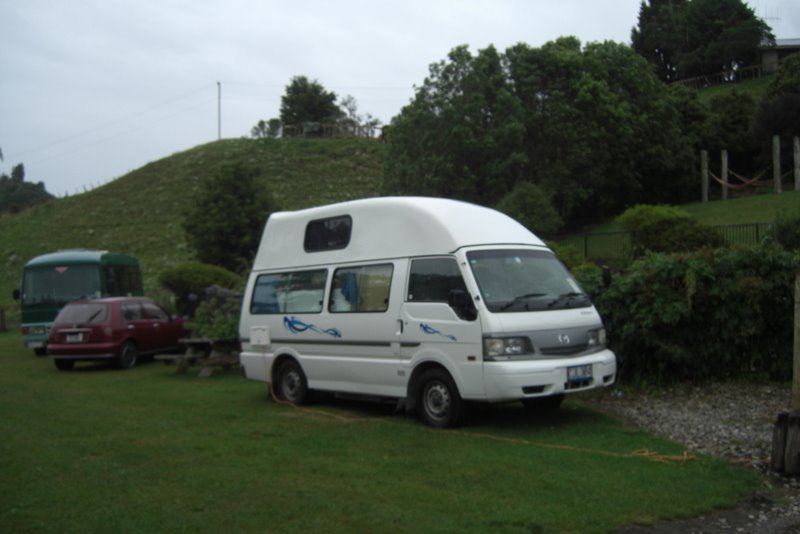 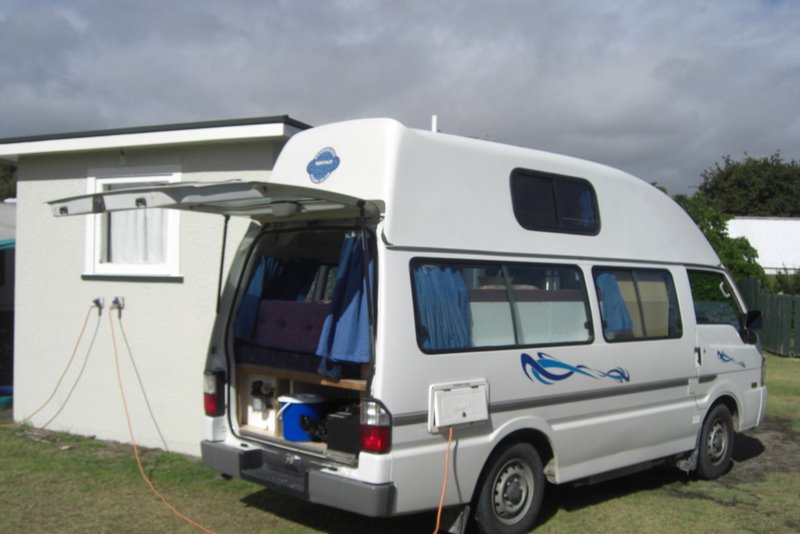 We had to drive through flooded roads to get to Wanganui.  Though the rain had stopped there was evidence of just how much rain had fallen. The river that ran through the town (fittingly called the Wanganui River) had flooded its banks and covered the board walk. 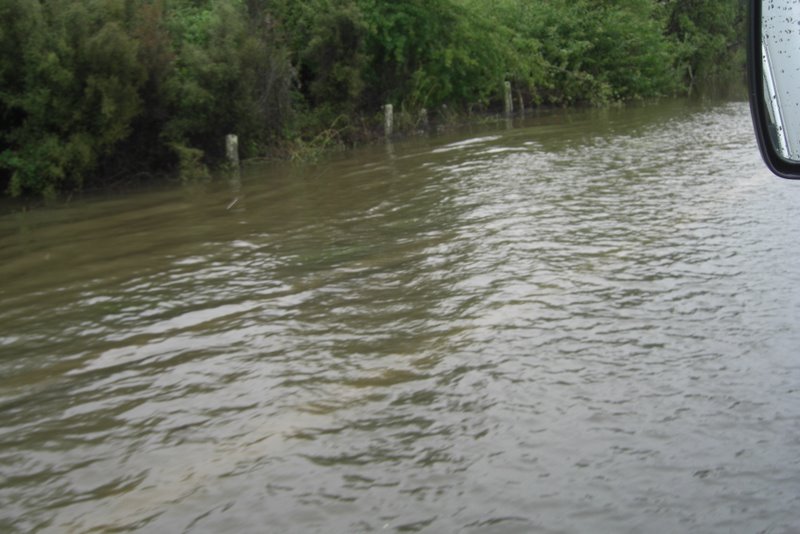 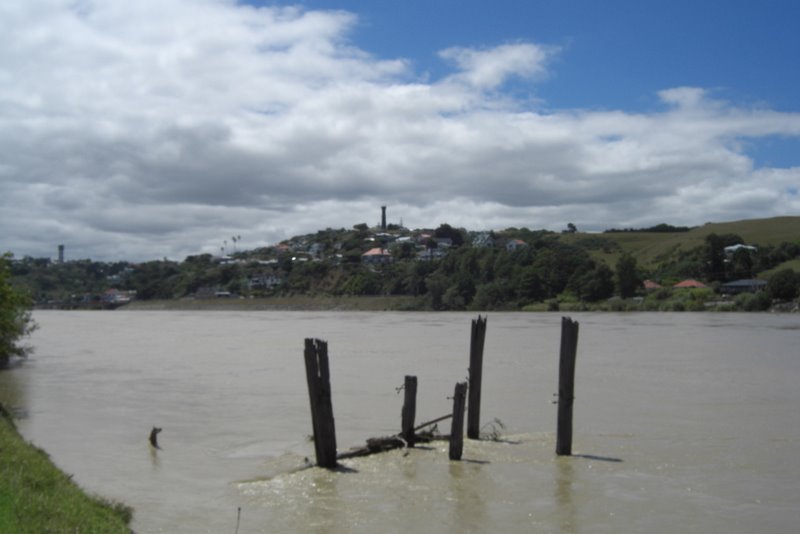 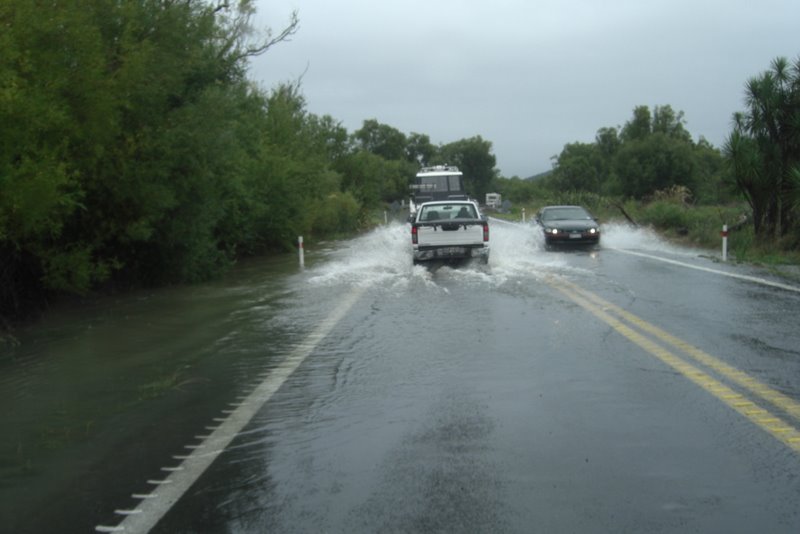 The daily news continued to broadcast the devastation that was taking place in Australia. The Australian Prime Minister visited the area and was moved to tears. There was one horror story after another.

One story that will stay with me is the sacrifice of one brother for another:

After the fact, this is what the father told the local paper, the Toowoomba Chronicle:

John Tyson said that Ms Rice and their sons, Jordan and Blake, were on their way back from a trip to buy school uniforms when the waters rose up around their car as they drove through the city’s central business district..

After the engine cut out, Rice, 43, managed to get through to the emergency services, who told the family to stay where they were.

But as the waters grew higher, the three had to climb on to the roof of the car.

«All these people were just standing around until an old scrawny guy grabbed a bit of rope, wrapped it around himself and jumped in,» said Tyson.

«Jordan (13) can’t swim and is terrified of water. But when the man went to rescue him, he said, ‘Save my brother first’.»

Although the rescuer managed to save 10-year-old Blake, the rope broke when he tried to tie it around Rice and Jordan, and mother and son were swept downstream.

After holding on to a tree for a little while, the pair were carried off by the floodwaters.

«I can only imagine what was going on inside to give up his life to save his brother, even though he was petrified of water,» Tyson told the Chronicle. «He is our little hero.”

At least 10 people have lost their lives in what police in the Queensland city have described as an «inland instant tsunami».

Even though in New Zealand we would not encounter near the amount of water that created havoc in Australia, we were visited by heavy rains the whole time we were on the South Island. The day we were to stop in Christchurch it was pouring rain. We had wanted to stop and see what damage the September 2010 earthquake had done to the city. However, by this point we were pretty water-logged and couldn’t bear to stop. It turned out we missed the February 2011 earthquake that destroyed a large part of the Christchurch downtown by 11 days.

Back in Auckland we heard that there were brush fires within 20 Kms from downtown Perth. What’s going on?

We arrived home, mid-February, to teeth-numbing, freezing weather which didn’t let up until the end of March. Now it is April 4th and it still looks like mid-winter. Again, what’s going on?

In Edmonton (Alberta) there is a snow mountain, created by street-clearing, which is over 6 stories high. The City is sponsoring a contest where citizens can predict when the mountain will totally disappear. My prediction is that, if we have a non-summer like last year, the snow mountain will not melt away. It will still be visible in early fall and will be supported by another early snow fall and turn into a glacier. It will become a major tourist attraction, named the South-Edmonton Glacier.

Now, the earthquake and resulting tsunami in Japan. Don’t forget the 2010 earthquake that destroyed much of Haiti.  And, all over the world, flooding.

What IS going on?

It seems everyone has an opinion as to the WHY of all the natural disasters.

What ever the explanation, can the world continue to recover from the serious levels of destruction? Will it eventually become too much to clean–up? Will we, as a result, start to sink back into a form of the Dark Ages?