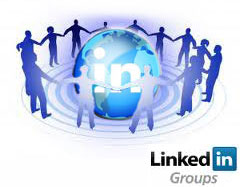 LinkedIn Groups are inside LinkedIn communities of people united by similar interests. There are currently about 800K groups registered on LinkedIn.

The LinkedIn Groups Directory presents the groups sorted by categories of interests.

There are two kinds of groups: open and closed.

Open groups are accepting new members without approval by a group owner or group managers. In open groups there might be some restrictions predefined by group management for posting new discussions and comments.

Closed groups which can easily can be identified by the lock sign in front of the group name, are the groups where an approval to join the group is required.

All users on LinkedIn have a limit of 50 groups which they can join. That number doesn’t include subgroups of the joined groups. Let’s say you’ve joined a group which has 5 subgroups. It means that you still can join 49 more groups.

At any time you can leave the groups you have joined and to switch to different ones. That flexibility is really important especially when you have just started building up your groups list. 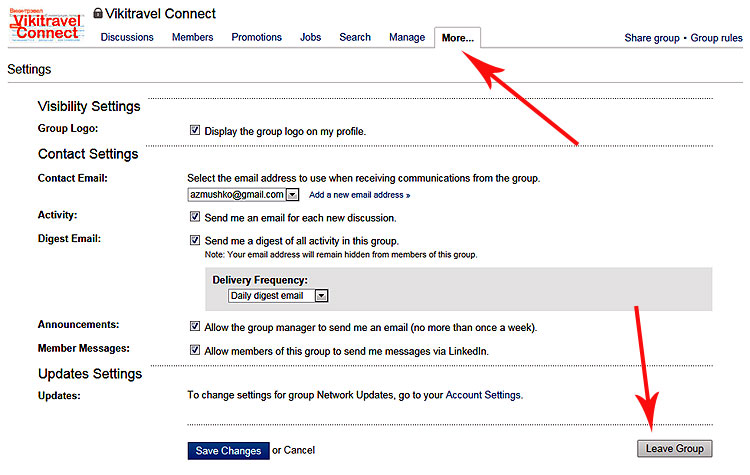 1. Being a member of a specific professional group potentially increases your credibility as a professional in that field especially when you become an active member of that group (posting your comments or starting new discussions and connecting to other group members.)

4. Increasing your active network through LinkedIn Groups not just expands your opportunities to meet and connect with others but significantly increases your findability by others as well.

How to find and join the right groups for you

To start exploring groups you simply can go to the LinkedIn groups’ directory and browse the categories there.

Another way to get into groups of your interests is to check the groups which your connections have joined (if they selected to show the group information in their profile).

You can also find groups by the key words of your choice by putting them in the search box on the main page. Just remember to select the groups search mode from the drop-down search menu.

After joining any groups do not forget to adjust the settings of the groups based on your preferences and purposes you want to use either group for.

For example, if you want to join the group for active job seekers but would prefer not to show your intentions to your current employer then choose not to display the group’s name and logo on your profile.

Otherwise, showing the relevant groups’ names and logos in your profile tells the visitors of your profile that you are involved in a specific professional field.

Speaking about groups’ settings, you also need to adjust the frequency of email alerts sent to you about groups’ activities such as updates, new discussions etc.

If this isn`t done, you will start receiving tons of emails about groups’ activities every day.

First of all most of the groups have their rules which outline «do’s» and «don’ts» for group members so the first good thing after joining a group would be to check those rules. Normally you can find the link to the group’s rules on the top right part of the page.

Below are the basic rules for groups’ users which would apply to any group:

— Be professional and respect other people’s opinions.

— Do not over expose yourself.

— Make your posts and comments relevant to the group. Show your expertise in the field but not the opposite.

— Do not promote yourself in the areas of the group which are not designated for this. Normally, there is a «Promotions» section in the group but remember to comply with the group’s rules on this.

— Avoid giving personal judgement about other people even if you are pissed off with something or somebody. There are owners and managers of the group who will take care of the subject. The best way to solve the issue is to send a private message to group management.

— Before starting a new discussion, it would be a good idea to look through recent discussions in the group and to try identifying the best ways and rules of communication in the group.

— If this is the group of your primary professional interest try to be active in the group by showing your activity at least once a week. Do this by posting your comments in the discussions created by other group members, liking the posts published by others, connecting with new group members, starting relevant and interesting discussions, and being responsible for following them.

— Review the list of your groups at least every 1-2 months and leave the groups which are not of your interest anymore for whatever reason. Search and join new groups instead.

Did I miss anything about LinkedIn Groups?

Your additions in the comments to this post will be appreciated.