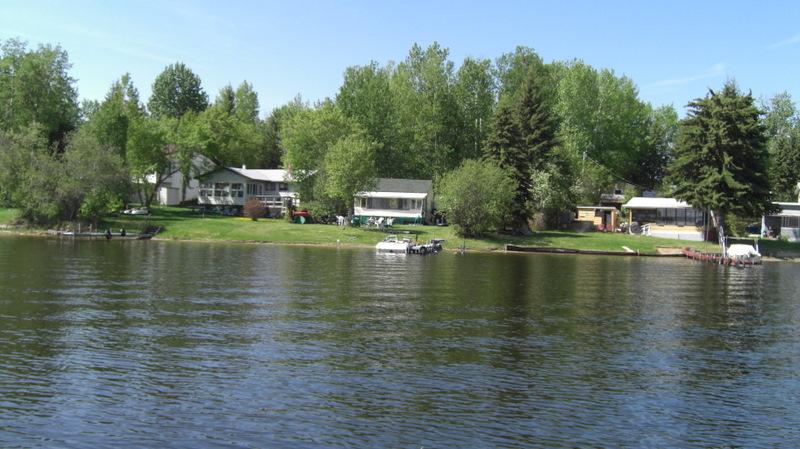 Last Friday my husband, Don, and I took our trailer 100 km north to Baptiste Lake to spend the weekend with my friend, Lorraine, and family. It was her 60th birthday. We were the first to arrive and the first hour was spent maneuvering the trailer into a parking spot in and amongst the small forest that covers the back of their lake lot.

Don does the backing-in. My job is to stand well back of the trailer where he can see me in the mirrors. I am to signal or shout when he gets too close to the trees for comfort.

Keith and Lorraine arrived an hour later and we had barbecued Smokies around the camp fire. Keith’s favorite evening pastime is to sit well into the night with a Rum and Coke in hand watching for satellites. When he was younger he would not turn-in until he had seen 20. Now he is satisfied with 1 or 2.

Their daughter, Colleen, and her husband, Stuart, were the only other couple to arrive that night. They rolled in around 8 p.m. after a long drive from Calgary.

The morning at the lake starts in the hot tub with a coffee, well-laced with Bailey’s After a breakfast of bacon and eggs you are good to go.

Keith and Lorraine put on a Slow Cook Roast that was easily 15 pounds. The trick is to cook it at a low temperature and do not peak during the cooking time. By the time supper rolled around at 6 P.M. The roast was done to-a-turn. That, along with many different salads, roast potatoes and veggies the meal was delicious. Colleen, who is taking a cake decorating course, made a beautiful 2-tier cake with sculpted candy-iced Lilies on top. Wonderful!

The rest of the guests started arriving around 10 A.M… In attendance were the Wilson’s sons, Daniel, Sean and Leighton whom is married with 2 adorable little boys. By the time everyone arrived there were approximately 25 in all. The neighbors on either side joined in the festivities. 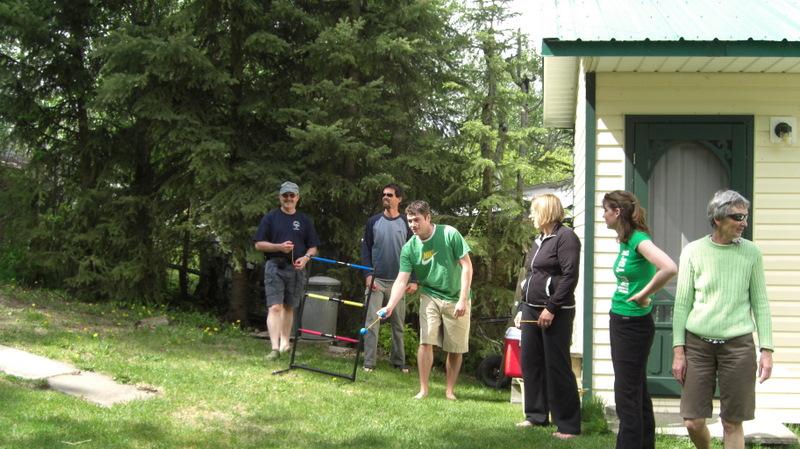 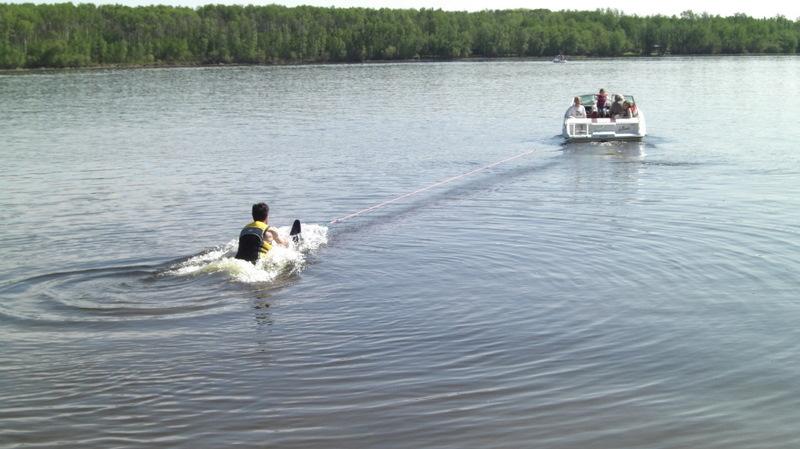 The day was spent boating, hiking, playing games, eating and visiting. After the feast we sat around the camp fire waiting for 2 things. One, for it to be dark enough for the fire works provided by Daniel and Sean. Two, the delivery of a new pontoon boat. This was being delivered by Chris’ (the neighbor on the right) son who works at a marina and was driving up after his work day. The boat arrived around 10 P.M. Those who were brave enough to tear themselves away from the fire went for a maiden voyage, I wisely waited until morning. 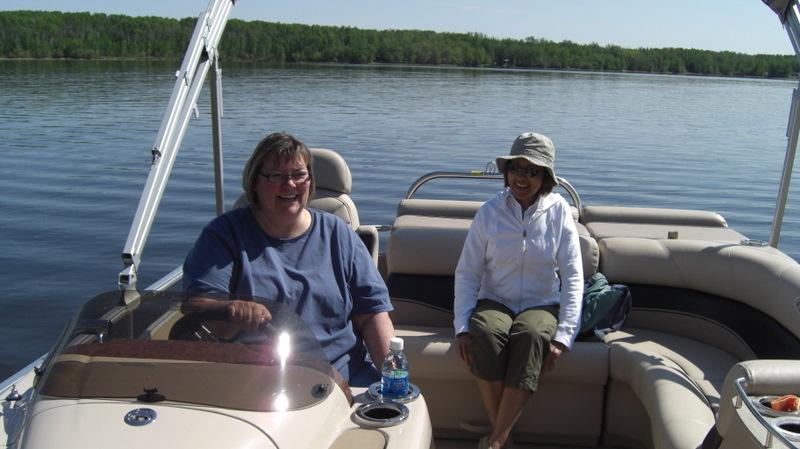